All aboard the vomit comet. 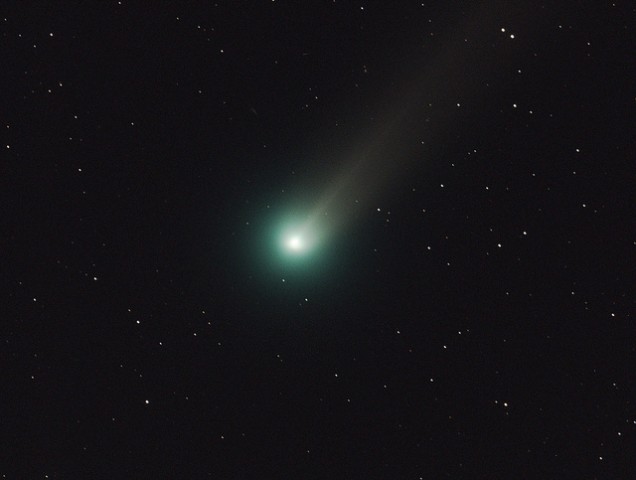 Most comets are primarily known to contain rock, dust, and ice which doesn’t sound particularly appetizing. However, a new study reveals that comet Lovejoy has alcohol and sugar in its composition and gives them off as the sun heats things up. If we ever want to send another robot to land on a comet, I think it’s going to have a location request.

Lovejoy was discovered in 2013 by Australian astronomer Terry Lovejoy as it approached the sun, reaching its closest point in January of this year and giving a pretty good show to us humans on Earth. It also made for an excellent opportunity to study the molecules flying off in the comet’s tail, and astronomers found 21 organic molecules—not to be confused with organic life, but still important building blocks. Among this embarrassment of astronomical riches were glycolaldehyde and ethanol, otherwise known as simple sugar and drinking alcohol/a damn good time.

It’s long been theorized that comets were responsible for bringing the important ingredients for life to Earth, and I guess that confirms it.

What makes this scientifically exciting as well as just good fun is that Lovejoy has an extremely long orbit that brings it to the inner solar system from all the way out in the Oort cloud, an area of ancient, icy debris from the beginnings of our solar system that exists far beyond the planets (and dwarf planets) we all know. If the building blocks of organic life exist out there, it’s likely they’ve been involved in our solar system—and probably countless others—from the start. In that case, it’s hard to imagine that the rise of life is a terribly rare occurrence.

No word yet on whether it contains all the required ingredients for the Pan Galactic Gargle Blaster, but one can hope.