"We'll sue them for...copyright infringement, I guess? Who cares, we have enough money to keep pretty much any case in court until our foes are ground to dust." 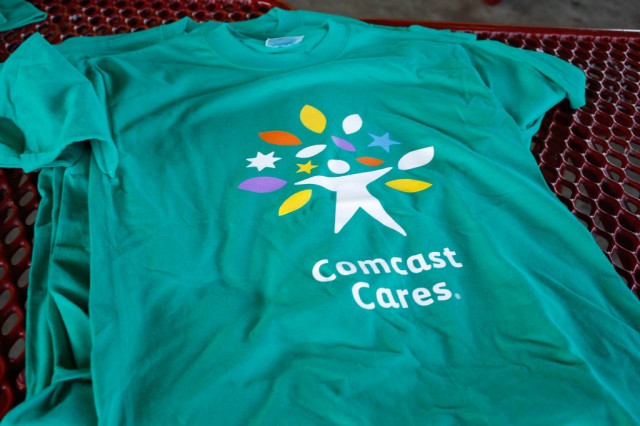 Last week, TorrentFreak published a great story about law firms that are also copyright trolls. As part of the article, they published a subpoena response from Comcast showing that an IP address connected with one firm was trolling torrent sites. Now, Comcast has loosed its lawyers, leveling charges of copyright infringement at TorrentFreak.

While Comcast’s lawyers at Cyveillance didn’t clarify exactly what copyright was being infringed, they reportedly informed TorrentFreak that the threat would be dropped if the site took down a subpoena response from the ISP that contained customer information. Considering that customer information was an IP address linking a law firm to uploads by copyright trolling Pirate Bay user ‘Sharkmp4,’ those documents are pretty key to the story. They are also pretty much inarguably a matter of public record, a fact conveniently ignored by Comcast and Cyveillance.

For those of you unfamiliar with the intricacies of media law (count yourselves lucky, trust me) these charges are as bogus as they probably sound to you. Generally speaking, as a public record in an ongoing court case, a subpoena response is fair game for reporters covering the story, which is exactly what TorrentFreak was doing. While Comcast did have the wherewithal to stamp the subpoena request CONFIDENTIAL, that’s not exactly a legally airtight tactic. In fact, it’s about as legally binding as writing your name on a box of cereal in the dorms — a nice thought that carries no legitimate legal weight.

Though entities responding to a subpoena do have the right to request that a judge close their responses to prying eyes — to protect things like trade secrets of sensitive business information — there’s no indication that Comcast made such a request in this case, and certainly none that such a request was granted by a judge. You can read more of the details over on TorrentFreak, including the original article that started the current kerfuffle.

Not having much of a leg to stand on, legally speaking, hasn’t stopped Comcast’s lawyers at Cyveillance from contacting TorrentFreak’s hosting service, LeaseWeb, informing them that the site is being sued for copyright infringement. That move has resulted in threats by LeaseWeb to dump them if the issue isn’t settled within 24 hours. Considering TorrentFreak reports that Cyveillance has essentially stopped returning emails on the matter, that timeline seems unlikely. Taking down a whole site seems like a pretty inappropriate response to a trumped-up, baseless threat of litigation, so here’s hoping LeaseWeb is as spineless when it comes to pulling the plug on their customers as it is when responding to corporate lawyers.

All best to the team over at TorrentFreak, which does great coverage and deserves better than this shabby treatment.

UPDATE: Happy news! According to Jenni Moyer, Senior Director of Corporate Communications for Comcast, “this notice was sent in error, and we have advised TorrentFreak to disregard it.  We apologize for any confusion.”