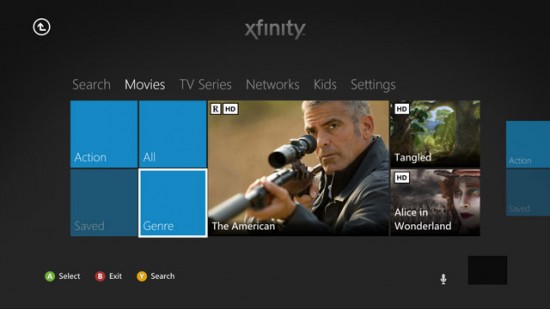 A little while ago, Comcast announced that it’ll be bringing its Xfinity On Demand streaming service to Xbox Live, allowing for streaming through the Xbox 360. Like competitors Netflix and Hulu, Xfinity On Demand will allow for Comcast users to watch their shows whenever they feel like it. The difference is that Xfinity On Demand on Xbox Live won’t count against Comcast users’ 250 gig data caps. The competitors’ streaming, however, will. This is great news to anyone who has Comcast and an Xbox, but bad news to anyone who is a fan of a little thing we like to call “net neutrality.”

On the one hand, it makes sense. If you’re using Comcast’s Xfinity streaming, you’re basically just consuming cable content that you are already paying for, and although paying with data allowance isn’t the same thing as paying with cash, having a data allowance penalty might make users feel a little cheated. But by not making the streaming count against caps while competitors’ streaming does, Comcast is trying to herd customers into its own pen not by providing a better service, necessarily, but instead by using its position of power as a provider to screw the other guys. This is exactly the kind of thing that net neutrality aims to avoid.

Comcast seems to understand that, because they’ve come up with an explaination as to how this is all kosher. Net neutrality doesn’t apply in this case, they argue, because Xfinity On Demand content is “being delivered over our private IP network and not the public Internet.” Of course, what that’s really supposed to mean in this context is hazy at best. This may seem like a good deal for customers who happen to be in the position to benefit from it, but trust me, it won’t be worth it in the long run.