Or another, less polite word that starts with "b." 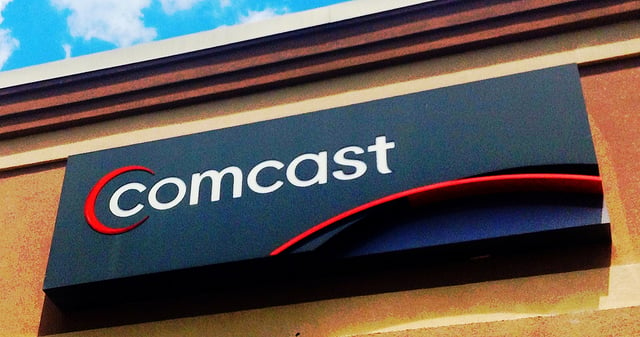 Remember the storied fight to reclassify the Internet as a Title II utility, thus shoring up defenses to make sure that all Internet traffic would be treated equally? Not only is that still being undermined at every turn and in danger of complete reversal already, but now one of the big telecommunications giants fighting against it has admitted that their protestations were pretty much nonsense.

The claims, at the time, were the usual pro-corporate excuses you’d expect: The reclassification would put investment and jobs (read: massive corporate profits and monopolies) in danger! Oh no! God forbid we think about doing the right thing for all of us first and protecting the fortunes of wealthy investors and CEOs who lay off workers in order to make more money later!

Except … it didn’t even have that effect. The FCC’s eventual decision to go through with reclassification didn’t have any of this imaginary fallout, and now Comcast CFO Mike Cavanaugh has owned up to the fact that making decisions based on those concerns would have been just another part of our new, “post-truth” reality, where everything is based on what people believe instead of facts. As Consumerist reports, Cavanaugh fielded a question about Title II’s effects at an investor conference last week and owned up to the fact that fear of what it would mean—fear whipped up by the telecommunications companies, including Comcast, themselves—was completely overblown: “I think in terms of what actually happens, it’s the fear of what Title II could have meant, more than what it actually did mean.”

He still claimed that these fears had a slight “chilling effect” on investment (which, again, doesn’t seem to actually have happened in objective reality), but let’s not mistake the whims and fears of investors for real arguments about how businesses should be regulated. Just because investors are scared doesn’t mean there’s actually anything to be afraid of. If anything would’ve been responsible for Cavanaugh’s imaginary “chilling effect,” it would’ve been the fear stirred up by the very people who claimed to want to avoid such a chilling effect.

(via TechDirt, image via Mike Mozart)