The Colorless World of Episode Interactive | The Mary Sue

When POC Are Marketable yet Unprofitable: The Colorless World of Episode Interactive 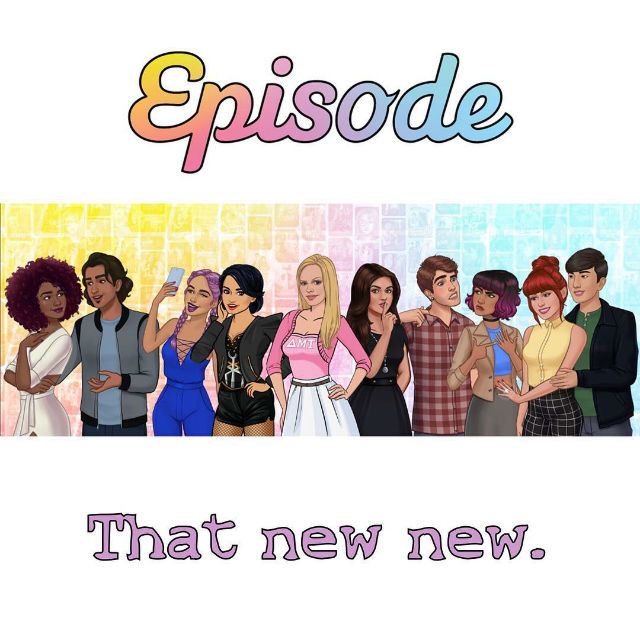 Editor’s note: This article originally appeared on BlackGirlNerds.com, and is reposted here with permission.

The application Episode Interactive has created a realm where stories and characters are given faces and animations, bringing the stiff words from paper pages into an almost cinematic reading experience for mobile devices. For an avid reader like myself, this alternate world has been a form of escapism I’ve always longed for.

Episode, launched in 2014, has successfully collaborated with notable figures and brands such as popstar Demi Lovato, Freeform’s Pretty Little Liars, cult-classic Mean Girls, Vine’s Hayes Grier, and YouTube sensation The Dolan twins; and remarkably held its place in the Apple Store’s top 35 grossing apps of 2016. With an estimated $69,000 daily revenue, it’s safe to say that the growing application has had its fair share of success, gaining popularity on platforms such as Instagram (@Episode) with a massive 500k and Twitter (@Episode) with over 50k followers, who await new releases of official Episode story chapters.

Upon the walls of their social media sites are vibrant images, beautifully depicting people of color, disabilities, and different sexualities or religions. This inclusion and representation is what draws many readers to take a gander at what the application definitively has to offer. Admittedly, their ads are what drew me to downloading the app in 2015. 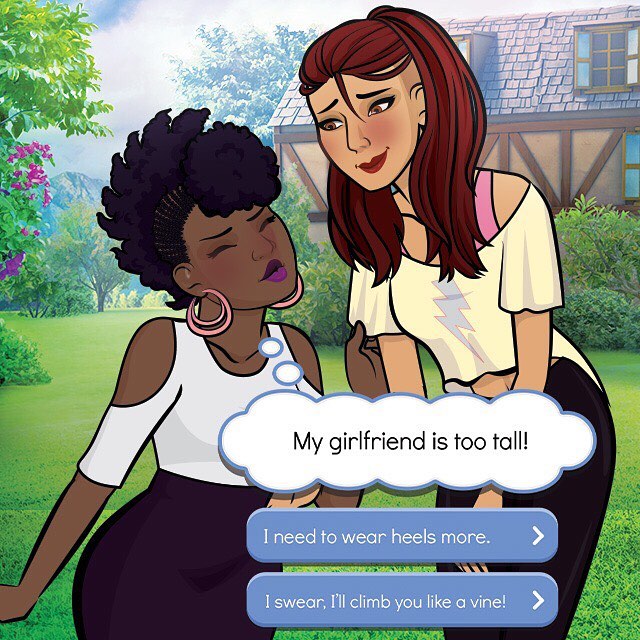 Here are a few of Episode’s many diverse advertisements and posts. 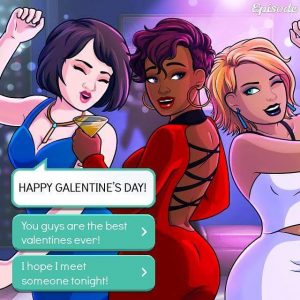 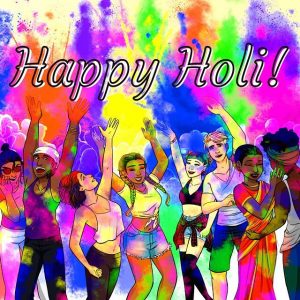 As a year-long member of the Episode reading community, I unfortunately confess that Episode’s colorful ads, hinting at the beauty of diversity in all its forms, are, for the most part, where POC representation stops. This conclusion hasn’t been an easy one to draw, given my love of Episode’s unique take on interactive storytelling and the ability for users to create and share their own stories. Being the true masochist I am, I’ve compiled an exhaustive list of Official Episode stories without customization (the ability to create and change an avatar character) and where they fit in the grand scheme of racial representation to solidify my claim.

Official Episode stories consist of works by Episode staff members or freelance writers, whose rights to the story have been purchased by the company. Below is a complete list of stories with un-customizable main characters written by Episode’s hired writers available on the app for reading under the ‘Featured’ or ‘Genre’ sections.
*NOTE: In an attempt to stretch the number of POC led stories (as if it makes it any better), I decided to include pilots, which are rarely completed and found at the extreme bottom of each genre subsection.*

In bold are stories featured at the very top of each subsection. These are the ones readers see first. 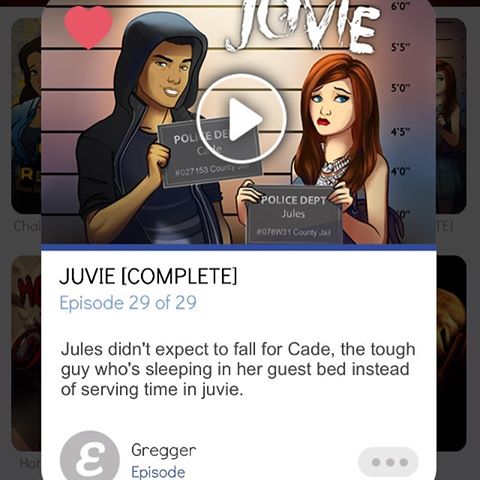 To anyone basing their decision to download Episode Interactive on the advertisements the application promotes, this list is disappointing to say the least. Tragic, really. Out of the abundance of Official stories written by the Episode staff, very few mirror the advertisements plastered on every corner of the application’s social media or website. A staggering 14% of official Episode staff written stories without customization have main characters of color, this percentage juxtaposed against a whopping 85.56% of stories with white main characters speaks to a reality many POC are already familiar with in real life regarding racial representation in media and beyond. A simple tap on the ‘Featured’ section of Episode might lead one to drawing the same conclusion I have, just by glancing at each of the stories’ cover art. Even cover art for stories permitting customization of the main character feature a white default woman and maybe even a tan white masculine presenting figure if we’re lucky.
These facts recently made waves in the sub-culture’s community, found primarily on Instagram. A minority of user writers who center racial representation (and other forms of diversity) in their literary works have taken to Episode’s staff, asking for more accurate representation and more representation, period. The discussion is heartbreakingly one-sided, with staff members oblivious to what the very definition of diversity and inclusion means, and the lack of an official public statement regarding the app’s newfound promise to center diversity in their future stories.

There has been, however, an acknowledgement of the app’s failure to properly include representation for all people of color in their new story Pretty Little Liars, by a prominent Episode staff member. This concession stems from Episode’s feature, giving readers the ability to create and customize their own characters within a story. In PLL, the option to make characters with dark skin was non-existent. This erasure was pointed out by distinguished writers and readers of the Episode community, eventually leading to an apology on behalf of the company, and a promise to do better with racial representation.

Caption: An Episode staff member promises to promote diversity.
None of the 94 responses to this statement have been replied to by the Episode staff as of yet. (3/19/17) (http://forums.episodeinteractive.com/forum/main-category/announcements/1235333-episode-s-commitment-to-diversity)

Since the release of the customization feature in 2016, Episode has since relied on it for users to ‘add their own diversity,’ without the stories necessarily having to address it. However, related characters within such stories (such as siblings and parents), continue to appear with white features and characteristics, regardless of the customization. This can lead to the appearance of ‘ashy’ lips, as some users have coined it, on darker characters of color as presented below. This coding issue was only recently acknowledged and fixed after numerable posts by Episode community members. 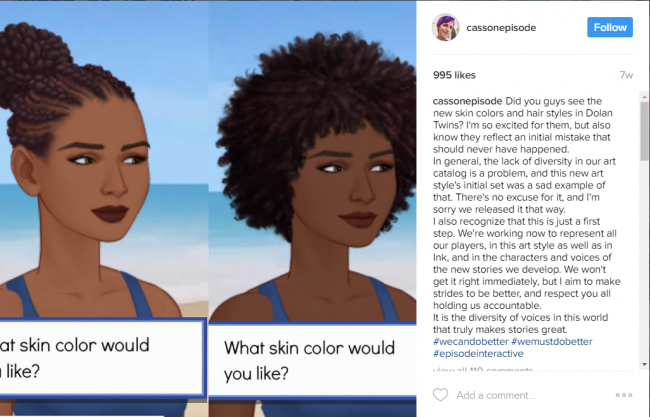 All things considered, we’re now left with one question: are people of color only good for marketing yet their stories deemed unprofitable?

For many people within the community, Episode’s silence and continued disregard for their voices is enough of an answer.