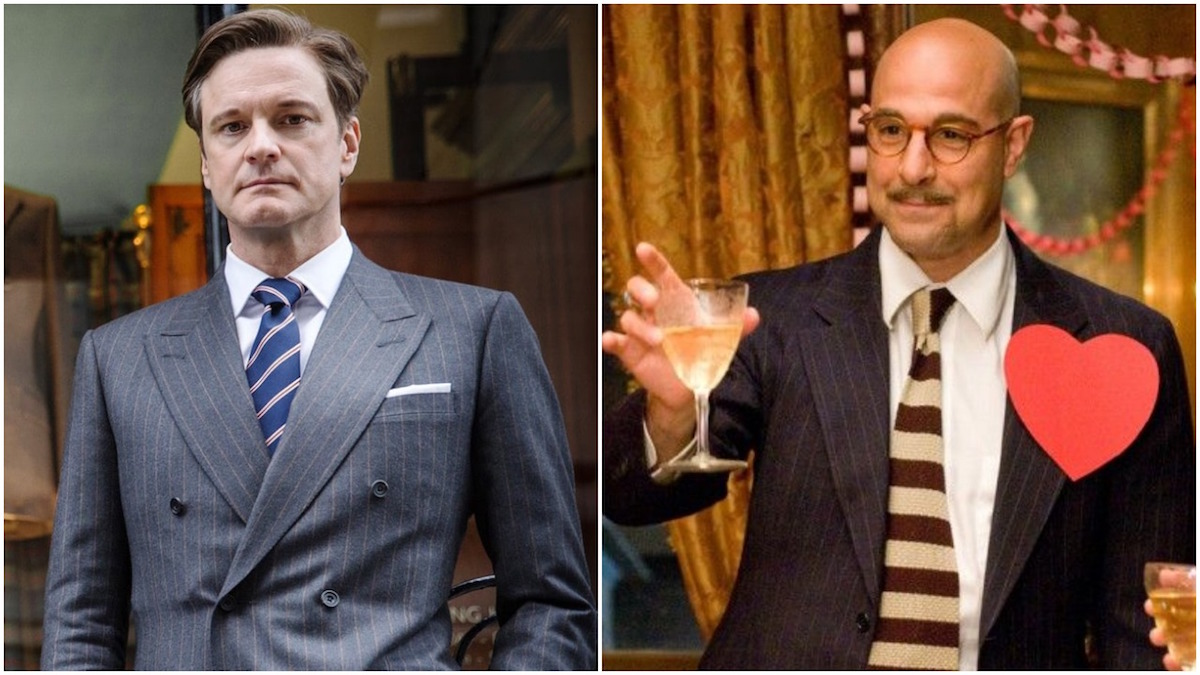 A heart-wrenching road trip movie featuring Colin Firth and Stanley Tucci in love and touring around England’s Lake District? Did someone get their hands on my dream diary?

In an exclusive, Variety reports on the advent of Supernova, written and directed by Harry Macqueen. Macqueen is out there not only trying to make my heart soar, but also to shatter it into pieces.

“Supernova” centers on Sam (Firth) and Tusker (Tucci), partners of 20 years, who are traveling across England in their old RV visiting friends, family and places from their past. Since Tusker was diagnosed with early-onset dementia two years ago, their time together is the most important thing they have.

Then he picks up those heart-pieces, drops them again, and stomps around in heavy boots.

As the trip progresses, however, their ideas for the future clash, secrets come out, and their love for each other is tested as never before. Ultimately, they must confront the question of what it means to love one another in the face of Tusker’s illness.

There is no way I’m going to emerge dry-eyed from this film. I’m probably going to start crying as soon as the lights go down in the theater.

god sometimes you’re just lucky, you know? sometimes you get to wake up to the news that colin firth and stanley tucci are in a film playing lovers. like sometimes good things happen

“‘Supernova’ is a deeply romantic, modern love story,” said Macqueen, who also wrote the script. “It follows two people who are bound together by their love for each other but being pushed apart by the situation they find themselves in. It is an intimate, naked portrayal of a relationship facing a fissure that threatens to cut it to its very core.”

The production just wrapped six weeks of filming in the picturesque, poet-inspiring Lake District. Considering that I would watch six weeks of footage from the Lake District without any context, when you add in Firth and Tucci navigating their longterm love and what’s described as an “elegant script,” I can’t imagine what I want to watch more than Supernova.

Stanley Tucci and Colin Firth are gonna be smooching in a romance film pic.twitter.com/YoUPgc6qqD

“a romance starring colin firth and stanley tucci as a longtime couple on a road trip” was ripped from my vision board.

Firth and Tucci are both talented actors long beloved by fans, and it’ll be a real treat to see them in a smaller, more personal movie where they’re not acting alongside special effects or an over-the-top plot. (Apropos of nothing, Tucci will be appearing as Merlin in The King’s Man, the prequel to Matthew Vaughn’s Kingsman movies, which star Firth.)

Firth is 59 and Tucci is 58, and this also seems like a story that’s not only age-appropriate but broadly relatable to many across a range of audience demographics. I for one cannot wait. And since the news has been greeted by people I sent it to with “WE LOVE TO SEE IT,” “Ready to cry,” and “fjsjf;lsaj,” plus the excitement on Twitter, I know I’m not alone.

SOMEONE MADE A MOVIE WHEREIN COLIN FIRTH AND STANLEY TUCCI PLAY A COUPLE ON A ROAD TRIP IN THE PEAK DISTRICT IN ENGLAND, WHO IS TRYING TO ASSASSINATE ALL OF MY FRIENDS WITH EMOTIONS https://t.co/rf06rRiYkm pic.twitter.com/MI12bAIyS0

Is it normal that I teared up reading the words “a romance starring Colin Firth and Stanley Tucci as a longtime couple on a road trip” https://t.co/V2URoEWpia