Stephen Colbert, Don't Insult Girls by Comparing Them to Trump | The Mary Sue

Yes, Stephen Colbert, Get Mad at Trump, But Don’t Insult Teen Girls By Comparing Them to That Monster 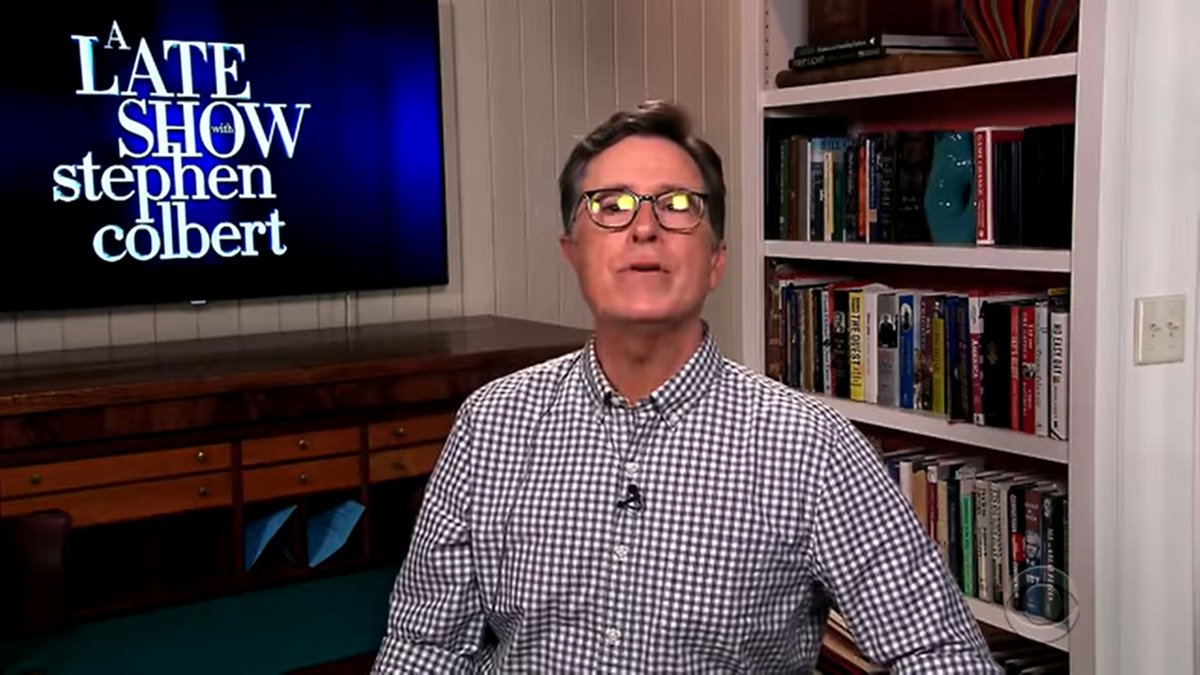 Broadcasting from home on Tuesday (yes, we’re pretty sure it was Tuesday), Stephen Colbert rightly lit into Donald Trump’s petulant behavior at his daily press conferences. It was cathartic to see Colbert, who so often plays the steady conscience of the nation, just come out with it and say, “You know what? Who gives a shit?” and rant at our terrible, terrible president.

I appreciate the core of what Colbert got to last night and completely agree with it: “It doesn’t matter who you voted for. Everyone just wants to know the truth, because that’s how you stay alive. So grow up, and do your damn job. We have to. You should, too.” Yes. Good. Hard agree.

What I don’t agree with is Colbert’s earlier comparison of Trump’s reaction to a tough question to that of “a teenage girl.” This is lazy comedy. On the one hand, yes, Trump is a childish, whiny, jerk—but that childishness isn’t inherently feminine. The refusal to engage and responding to any question with derision and anger is hardly exclusive to girls; ask any parent.

This rankles me because the constant dismissal of teenage girls as vapid, mean, and uninterested is such a pervasive stereotype and so gross. Teenagers—and I mean all teenagers—can be like that, but teen girls can also be amazing and smart and strong. There are about a million teenage girls that I would take over Donald Trump to run this country.

When we constantly make girls the butt of jokes, it’s not good. It reinforces the idea that only girls can be silly and empty. It’s sexist and perpetuates misogyny when the best insult you can come up with for the most terrible man in the world is to compare him to a teen girl, because most teen girls out there have more compassion and intelligence in their little finger than Donald Trump does in his entire body.

I understand that this is just one joke in a whole routine and that the point Colbert is making is salient. Trump is childish, but he’s more like a moody toddler of any gender, bent on his own self-satisfaction and ignorant of anything beyond “me, mine, gimme now.” It’s fine to call him out, but don’t perpetuate gross, outdated ideas about young women to do it.