Escape Artist Handcuffed in a Coffin, Dropped From Plane Because of God

Just a grown man in a coffin getting shoved out of a plane for Jesus. 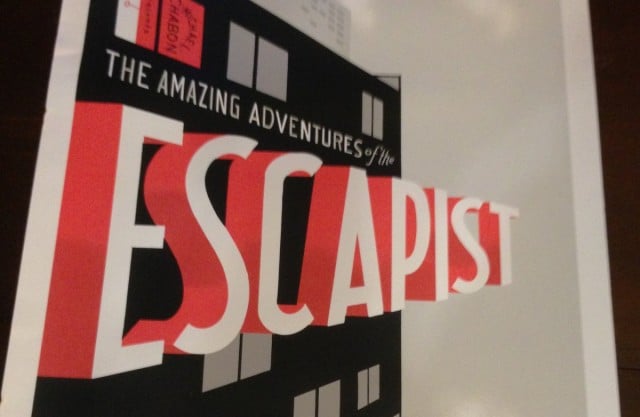 Yesterday, Anthony Martin was chained inside of a plywood box, hands cuffed to his belt, box secured by a prison door lock with no key, and that box was rolled out of a plane at 14,500 feet. Why? To proclaim the gospel of Jesus Christ, obviously.

Martin has spent his life specializing in escapes, primarily learning how to take apart and put together locks. That started when he was a child, then escalated when he had the brilliant idea to jump into a lake with his hands cuffed behind his back. Apparently he realized he could up the ante by adding an element of serious risk to his stunts– though after yesterday, even Martin admits he doesn’t know what will top this one.

Just over two decades ago, he did successfully escape from a locked cage lowered through a whole cut into the ice atop a Wisconsin quarry in the middle of February. Which means he was trapped in freezing water. Voluntarily. In Wisconsin. In February.

It was only two years prior that he escaped from a casket dropped from a plane for the first time, the same stunt he repeated yesterday. Two skydivers made the jump with him to stabilize the box. Martin freed himself by about 6,500 feet and landed some seventy miles outside of Chicago.

And seriously, the reason he does these stunts, according to his site, is to: “[use] the Art of Escape as an evangelistic event to proclaim the Gospel of Jesus Christ.” While his site promotes his abilities as an escape artist, as well as his consulting service, the evangelist element is not lost. Should you, as the bright yellow button prompts, wonder if you need God, you will be redirected to a short quiz (yeah, guys, I’m sure that’s just how God intended it) and asked if you’re a good person– good enough for Heaven?

Here’s a spoiler: it doesn’t matter what you put. He still thinks you need God. And sort of maybe accuses you of being a murderer if you say you’ve done everything right.

Mild crazy aside, Martin, we’re glad you and your team made it.