Clockwork Curandera: The Witch Owl Parliament Kickstarter Is a Latinx Twist on Frankenstein

A diverse twist is what this story needs. 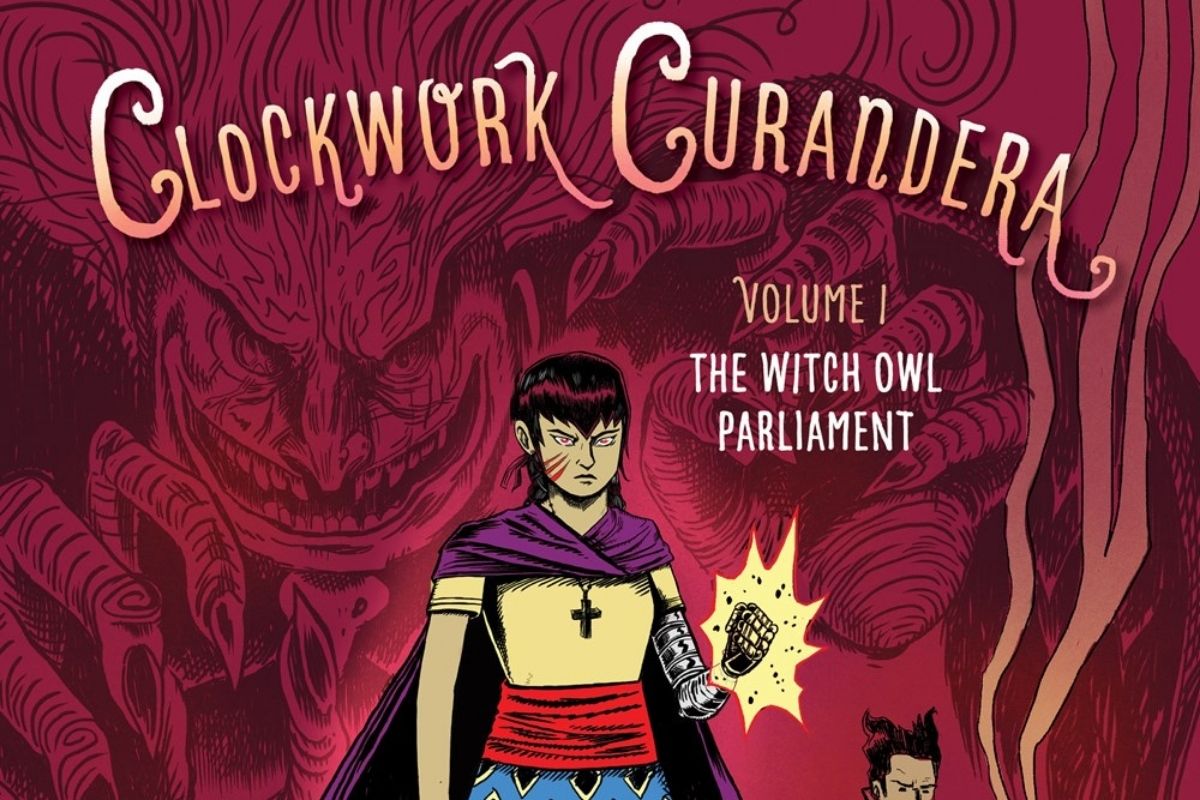 Kickstarter is a treasure trove of amazing and diverse content creators. Clockwork Curandera: The Witch Owl Parliament Kickstarter for Volume I just so happens to be one of those projects. This story is steampunk meets fantasy and alternate history in a genre-bending graphic novel that is a retelling of Frankenstein but in colonial Mexico. And the Kickstarter for Volume I of the 112-page paperback has just launched!

Created by the award-winning Latinx team of David Bowles (They Call Me Güero) and Raúl the Third (Lowriders to the Center of the Earth), this project is grounded in curanderas, healers of the community that cured those suffering from a wide range of illnesses. And it’s through this focus that the retelling of Mary Shelley’s work grounds itself, much to our Latinx delight.

ClockWork Curandera: Volume I tells the story of a bond that not even death can sever. After the death of his sister Cristina, Enrique uses forbidden alchemy and engineering to bring her back to life. And though her existence is an abomination according to the Republic of Santander where they live, where non-Christian magic is frowned upon, Cristina uses her newfound powers to protect her country.

It only gets more intriguing from there.

A handsome skinwalker named Mateo helps Cristina and Mateo track down those who killed her and uncover a sinister plot to bring Santander under the rule of the Witch Owl Parliament. And no one wants that to happen because the parliament is known for its cruelty and because they want to destroy the freedoms of its citizens.

At the same time as all of this is going on, indigenous folks and immigrants are disappearing from Santander. And that includes Enrique’s beloved Gaspar, who acts as a prominent queer love story in the graphic novel. It’s only through working together that they’ll be able to save their people and find out what weaknesses the Witch Owl Parliament has.

Check out the book trailer below:

A zoomed-in version of the book trailer for my upcoming graphic novel THE WITCH OWL PARLIAMENT, Volume 1 of CLOCKWORK CURANDERA. pic.twitter.com/sxvb0P85yi

The initial goal for Clockwork Curandera: Volume I is $6K. And even though they are backed by Lee & Low Books, Kickstarter is a way for them to reach more readers. A successful Kickstarter will expand on their initial print run, facilitate bookstore and school visits (virtual) for the creative team, and allow them to donate copies of the book to schools and libraries.

Besides the fact that this will be published in English and Spanish, the thing that stood out to me the most was their “buy one, give one” reward tier. Basically, they’re going to be partnering with underfunded schools and libraries with large Spanish-speaking populations and donate the books through this tier. It’s a way of reaching all parts of the Latinx community and one of the perks I’m most excited about.

Be sure to check out the Kickstarter campaign right over here! The campaign ends on May 19th.