Microsoft Teases the Return of Our 90s Paperclip Bestie, Clippy

Just as an emoji, though 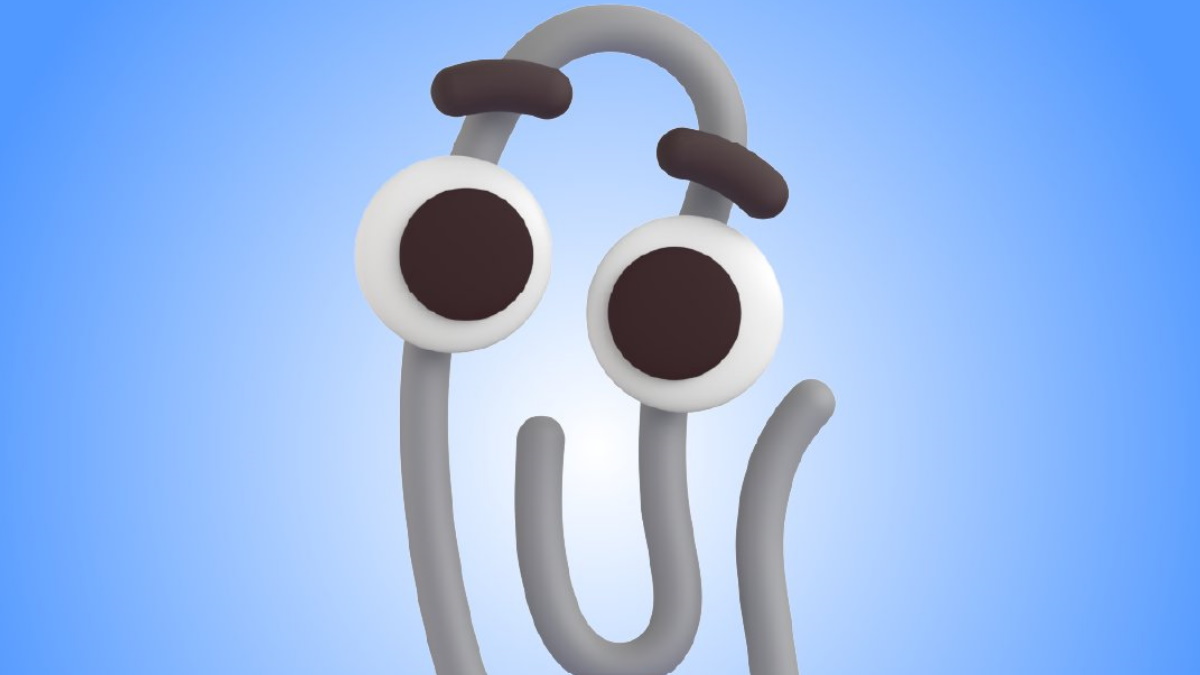 Yesterday, Microsoft made one of those “if this gets (x) amount of likes we’ll do (y)” tweets about Clippy, of all things.

If this gets 20k likes, we’ll replace the paperclip emoji in Microsoft 365 with Clippy. pic.twitter.com/6T8ziboguC

Clippy, in case you weren’t armed with AOL CDs and Office 97 back in the day, was a paperclip that’d offer advice on how to go about using the program. It might seem odd to think about a time when we didn’t know how to use Office software, but there was, indeed, a time where using a computer instead of attempting to write your papers as neatly as possible with, checks notes, pen and paper, was a brand new thing.

So Clippy was there to help.

Or annoy, depending on how you felt about the sentient paperclip.

Sure, Clippy would appear out of absolutely nowhere and be about as distracting as a cat demanding attention, and sure, I did try and figure out how to go about disabling him on more than one occasion, but the good intentions were there. Looking back, it’s a kinda quaint software feature, calling back to a time when something as simple as Microsoft Word felt like we were leaping far into the future.

Besides, aren’t all the best friendships the ones where you contemplate where the “shutdown” switch is because your bestie just randomly showed up to educate you about fonts?

“Threatens” 🙄
Bring Clippy back and while we’re on the subject, free my boy stick stickly too pic.twitter.com/YxXJiLH2A4

You better like this shit. We need this. The world needs this. Clippy is healing. https://t.co/s9uRIyNioa

Eventually, though, Microsoft hit that “murder” button in 2001 when they introduced Office XP.

But the legacy remains, even after twenty years.

This unlocked the deepest part of our memory 🥺

Microsoft’s goal was to get 20,000 likes which, let’s be real, was a very low bar to set. Of course they were going to make that goal, nearly seven times over at the time of writing this. This was just a coy way to go about announcing the return of Clippy… as an emoji.

We lost fleets the same day we regained clippy. pic.twitter.com/XmpENtClUB

It should be noted that 2 years ago, we briefly saw the return of Clippy – and I do mean briefly. According to The Verge, Microsoft had released Clippy as an animated sticker pack for the company’s Team chat software. “These stickers were then released on Microsoft’s official Office developer GitHub page earlier this week, free for any Microsoft Teams users to import and use them for fun.”

That cheeky feature only lasted for a day. In a statement from a Microsoft spokesperson, “Clippy has been trying to get his job back since 2001, and his brief appearance on GitHub was another attempt. While we appreciate the effort, we have no plans to bring Clippy to Teams.”

I’m not sure what spurred on the sudden change of heart 2 years later, but here we are. Maybe there’s been an extremely vocal demand for Clippy’s return that I wasn’t aware of, maybe Microsoft felt for the clip trying to get his job back since the early 2000s, but whatever the reason, Microsoft has definitely managed to tickle the nostalgia endorphins in our collective memories.

Honestly, as long as Clippy sticks to being a throwback emoji and not a being that can look up where the sacred timeline ends, I’m good.