Clifford the Big Red Dog Trailer Is Like Puppy-Powered Dynamite

Shining through the city with a little funk and soul (and fur). 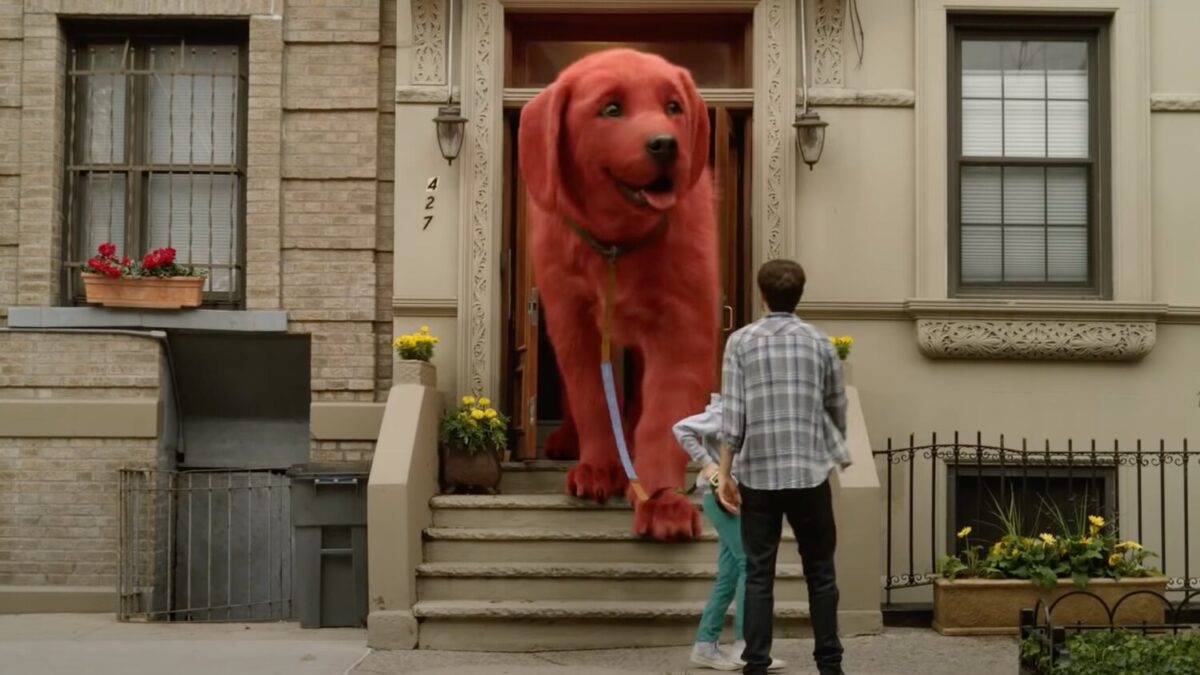 Clifford the Big Red Dog is the latest in classic childhood nostalgia getting the big-screen treatment, and maybe my heart is getting less cynical as I get older, but the trailer looks wholesome and, dare I say, fun!

I’m not someone who can tell you the entire backstory of Kaiju Good Boy and his red Kool-Aid-shaded fur, but I do remember the book series being a part of my life at some point growing up. Much like most of the books I read back then, things were presented as is, and you didn’t really question it. Yes, that is a Cat in the Hat, and yes, that dog is the size of a house, because … reasons?

Sorry, Uncle Casey, but Clifford is odd even in New York, apparently.

The premise of the movie is below:

As middle schooler Emily Elizabeth struggles to fit in at home and at school, she discovers a small red puppy who is destined to become her best friend from a magical animal rescuer. When Clifford becomes a gigantic red dog in her New York City apartment and attracts the attention of a genetics company who wish to supersize animals, Emily and her clueless Uncle Casey have to fight the forces of greed as they go on the run across New York City and take a bite out of the Big Apple. Along the way, Clifford affects the lives of everyone around him and teaches Emily and her uncle the true meaning of acceptance and unconditional love. Based on the beloved Scholastic character, Clifford will teach the world how to love big.

Interestingly enough, none of the plot beats of “evil genetics company” is present in this trailer, though I am endlessly amused that they are making room for an evil corporation to try to capitalize off of a dog who grew because of a single teardrop from a bullied little girl. What is this company gonna do, try to get Emily to cry some more? Mass produce childhood insecurities in order to create super-soldier doggos? Examine the inner workings of Clifford and find out he’s made of magic, love, and the toilet water he isn’t supposed to drink from?

I just wanna see the main villain’s reaction when Emily tells them, “I just wanted the world to stop hurting me.”

Now listen. I feel for this little girl, okay? All she wanted was to have some form of protection against the world, something I think we can all relate to in these trying times.

There are all sorts of red (ha ha, red) flags here. One, this dog is clearly a supernatural being produced from children’s dreams. There is a John Cleese in a pet shop (is that a pet shop?) telling you that the dog’s size depends on “how much you love him.” Unless you want a magic pooch, you best go to Petsmart instead.

How much you wanna bet the family paid zero dollars for Clifford because “he’s meant to be with you” or some kind of heartwarming reasoning that leads to Attack on Titan: Paw Patrol Edition?

Now Emily (Darby Camp) and her Uncle Casey (Jack Whitehall) have a giant problem on their hands, but hey, at least they got BTS’ Dynamite to chronicle their misadventures to.

Honestly, using a BTS song is the most brilliant move I’ve ever seen done for a trailer.

The rest of the trailer focuses on the ups and downs of having to care for a comically large dog. Emily thinks they should try to hide him. Uncle Casey thinks no one will notice. (Dude, what?) Kenan Thompson tries to uphold the values in his veterinarian license by treating Clifford like any other patient. It’s about what you expect out of a kids’ movie, and honestly, it put a smile on my face today.

It’s also a vast improvement from this teaser clip from last year:

I dunno, something about seeing Clifford interacting with everyone, rolling around the grass, and “playing fetch” with a couple of unsuspecting victims just works for me.

Clifford the Big Red Dog is set to take up an absurd amount of space on the big screen on September 17.