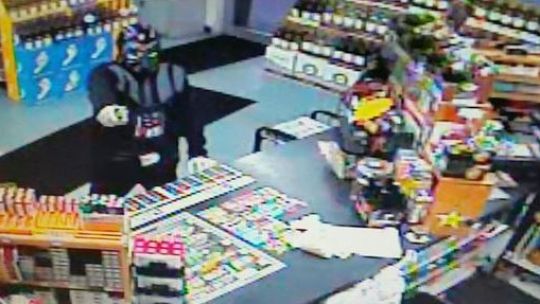 A man wearing a Darth Vader costume attempted to rob a Florida convenience store on Sunday, but found that the Force was not strong with him.

According to a report out of a local Jacksonville Beach news affiliate, 32-year-old Jacob Jeremy Mercer had clearly been seduced by the Dark Side when he walked into the store holding a pistol and ordered the clerk working behind the counter to hand over the money. The clerk’s response? Throwing a bottle of salad dressing at Mercer’s head, which remarkably worked about as well as a Force grip to deter the would-be robber.

After fleeing the scene, Mercer was quickly apprehended by police and charged with armed robbery after being seen by a witness with cuts on his face from where the bottle had struck him.

I guess he was unwise to lower his defenses.