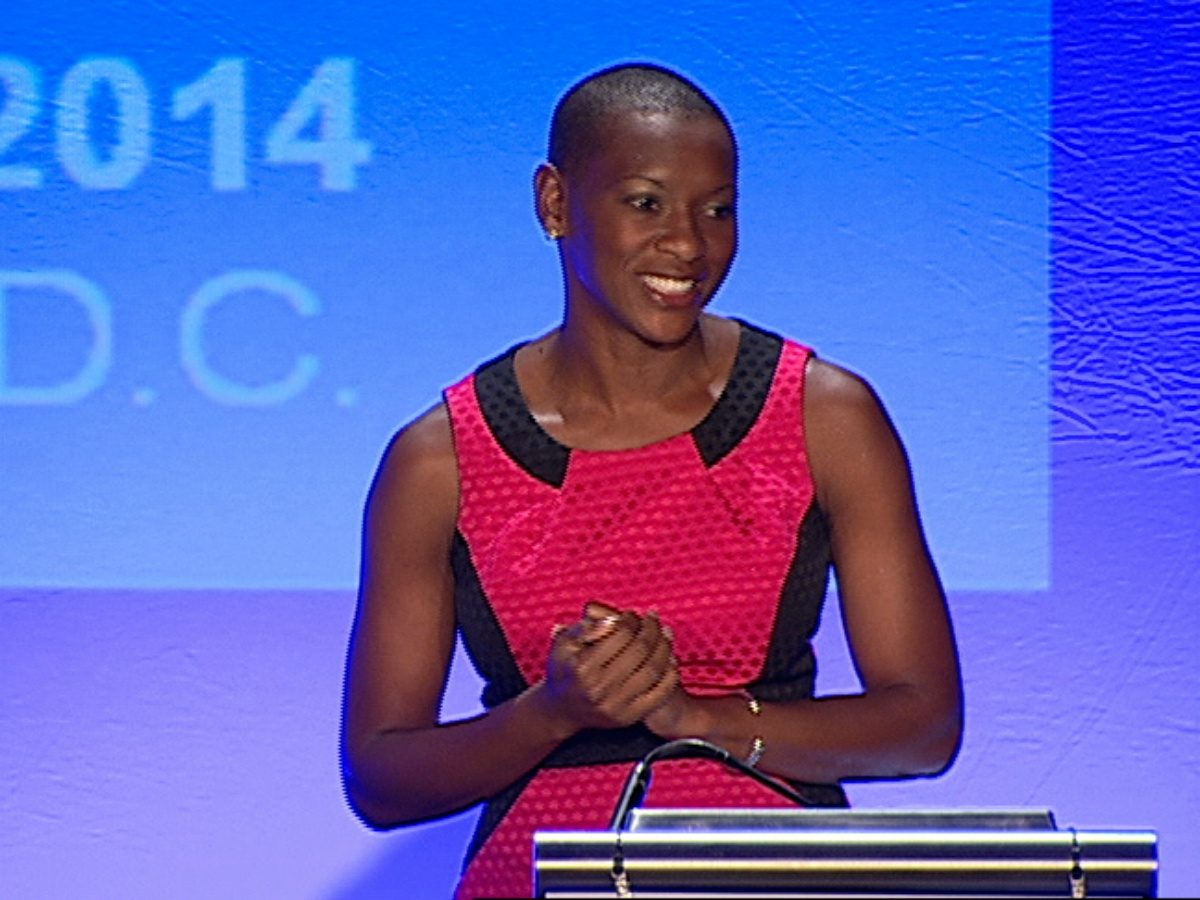 Disability is something that often gets overlooked when we talk about the spectrum of representation, so it was very important to me to make sure we do not ignore them in our celebration of black women. So I wanted to highlight Claudia L. Gordon, the first known deaf black American woman to earn a Juris Doctor.

Born in Jamaica, Gordon went deaf around the age of eight years old after she suddenly developed severe pain in her middle ears. None of the doctors did anything to really help or make clear what was going on. She was given some antibiotics but she eventually became deaf.

“My life changed overnight,” she said in an interview later in life with the White House. She went from being  “the brightest and most outgoing kid in my class,” to being pulled out of school, isolated from her friends, and became an object of ridicule. Not being around or in a community that supported deafness became a problem: “I thought I was the only deaf person in the world.” In Jamaica, deaf and disabled persons are stigmatized and Gordon remembered that a deaf woman who lived in the area was called “dummy,” by local children who threw rocks at her.

That would have been Claudia’s life, except at the age of eleven her mother went to America and she was transferred to Lexington School for the Deaf. There she learned sign language, participated in sports, and rose to the top of her class. Being around other deaf children, and being embraced by a community taught Gordon that her disability was not the end of the road.

Gordon went on to earn a  degree in Political Science at Howard University, then went on to study disability-rights law and policy at American University’s Washington College of Law. When she graduated from the school in 2000, she became the first known deaf black American woman to earn a Juris Doctor.

She won a Skadden Fellowship for 2000-2002, and worked as a staff attorney at the NAD Law and Advocacy Center and a consulting attorney with the National Council on Disability. While working with impoverished and minority deaf people, she became attracted to the prospect of working in a Federal office. She wanted to have direct involvement in the enforcement of the Rehabilitation Act of 1973 and the American with Disabilities Act of 1990, combating in order to make sure that the laws were really being utilized to help those who needed it the most.

In 2004, she became Senior Policy Advisor for the Department of Homeland Security, Office for Civil Rights and Civil Liberties. She assisted in the implementation of the Individuals with Disabilities in Emergency Preparedness, monitoring how Federal agencies worked together to ensure that deaf and disabled persons were included in emergency-preparedness plans.

The Obama Administration appointed her to the head of the OFCCP. The OFCCP has powerful investigative and regulatory authorities for protecting workers, promoting diversity, and enforcing the law. Which is exactly the type of work Gordon was driven to do: “I am motivated by knowing that although progress is being made towards inclusion and access, there is still a great deal more work to be done.” After leaving the OFCCP U.S. Department of Labor’s Office of Federal Contract Compliance Programs.

Claudia Gordon a trailblazer who reminds us that immigrants, they get the job done.

Sounds Like Home: Growing Up Black and Deaf in the South by Mary Herring Wright
The Hidden Treasure of Black ASL: Its History and Structure by Carolyn McCaskill