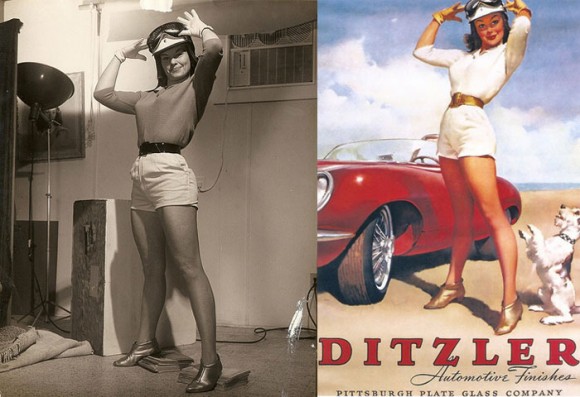 A set of classic pin up paintings paired with the reference photos that were used to create them has been making the rounds today, usually billed as The Original Photoshop or some such. However, as astute Redditor Barnago points out, there’s a difference between a pin up and a photoshoot:

These are not portraits, or figure studies. The illustrator’s intention is not to faithfully represent the girls and touch them up a bit. His job is to create a fictional, visually appealing, sexy character set within a little vignette. To that end, these photographs are merely tools to help inform the technical process and lend it credulity in the places where the artist’s ability to construct convincingly from imagination are not sufficient.

The point is, it is sort of backwards to say that these are the result of an artist heavily modifying the model, in order to arrive at the idealized pinup. The idealized pinup is actually the starting point.

I mean, obviously we’re almost always looking at a lot less skin and quite a bit more garter belts. 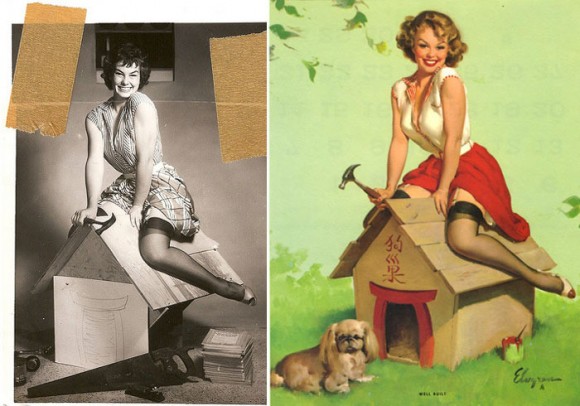 Styleite points out that feet seem to get smaller quite often: 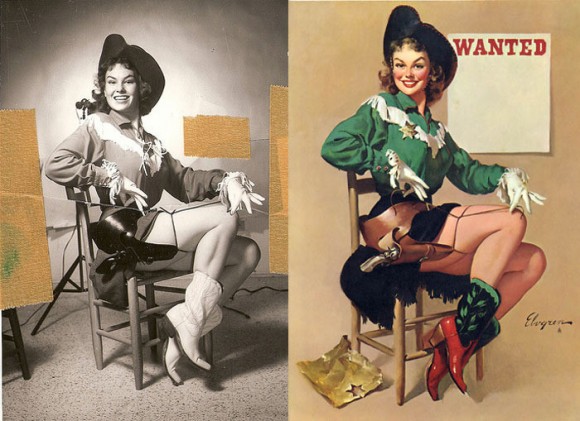 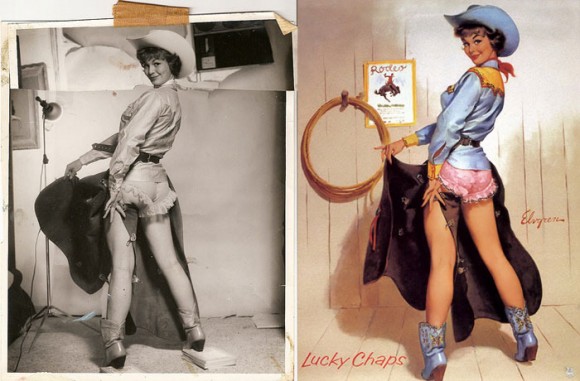 We found this gallery initially on Reddit, but Buzzfeed seems to have the most complete collection.