Civilization Box Art Through the Ages 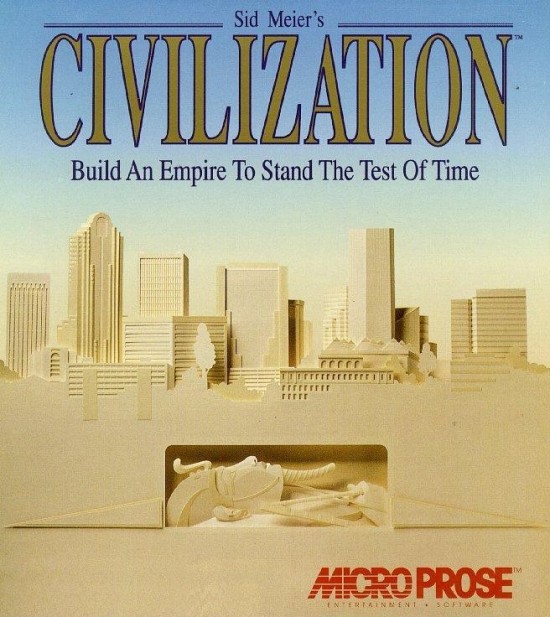 In the beginning, there was just a simple skyline built over the remnant of civilizations past. We were told to “Build An Empire To Stand The Test Of Time,” and that seemed like a cool thing to do, but we had no idea how cool it would become. The franchise would become one of PC gaming’s best, if not the very best, and the box art evolved and became more intricate, just like one’s civilization within the game. 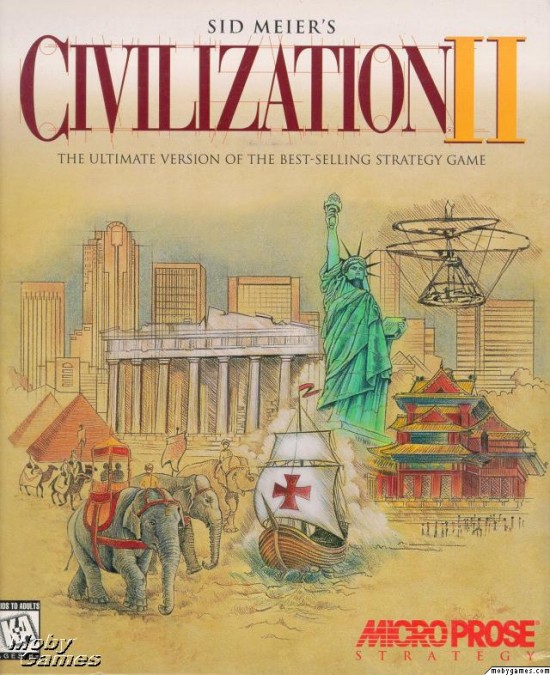 The box art for Civilization II reminded us that no civilization is complete without great works of wonder. But wonders do not an entire civilization make, so the artists were sure to stay true to their roots, quite literally. If you look, you’ll see the skyline in the background of this art is exactly the same as the one above, just in a different medium. 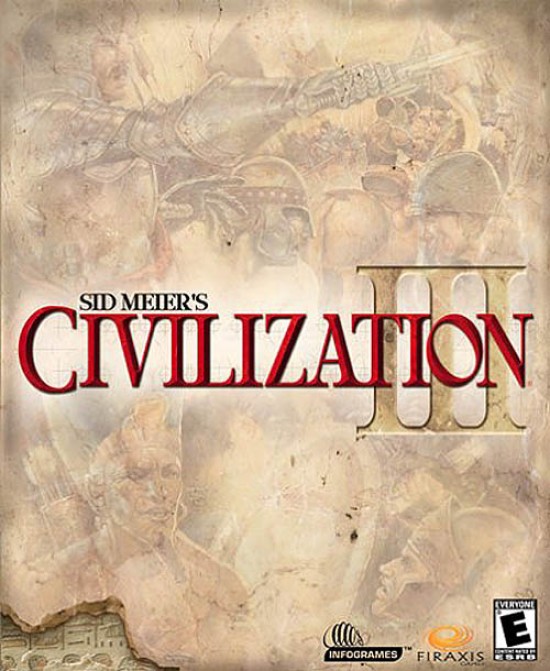 Civilization III, perhaps in an attempt to attract some more gun-happy gamers, chose to abandon skylines altogether to show us images of great warriors. For neither the west nor the east nor the north nor the south was won without the help of a good army. This cover set up a stark contrast with the one that would follow it. While this art shows us images almost exclusively of the past… 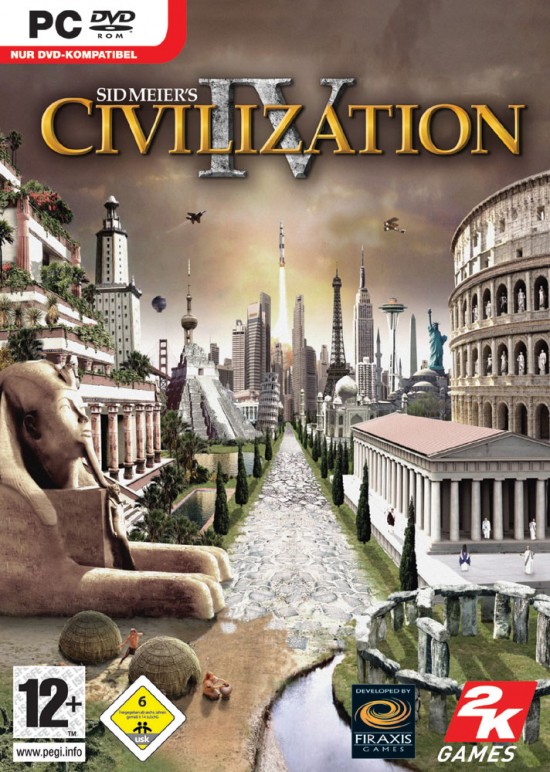 Civilization IV offered a much more futuristic look, and returned to the classic skyline and wonders motif. No more warriors, save for some fiesty-looking planes flying overhead. The great monuments of history have gotten an updated, CGI look, and there are a whole lot more of them on display at once. IF you ask me, it’s a little cluttered, but it returns to what the Civilization franchise is really about after the oddball that was the Civ III cover. 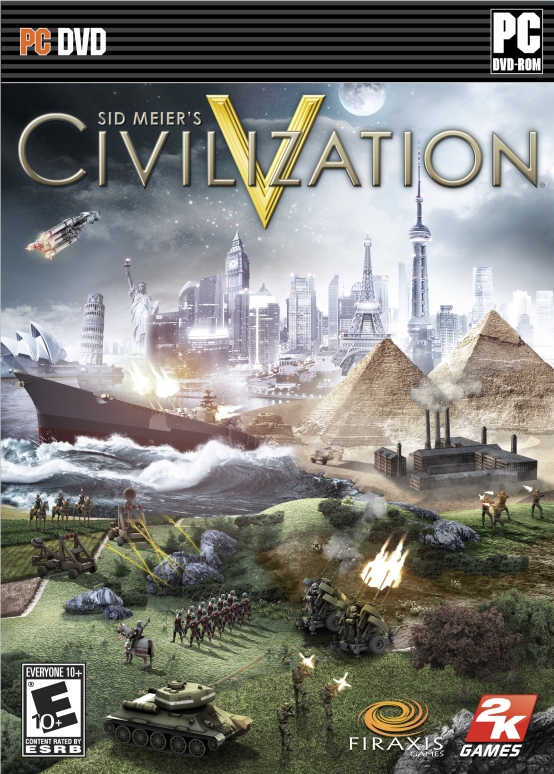 And now, behold the cover art for the upcoming Civilization V. If you ask me, this is the best one so far by a longshot, because it manages to combine all the elements of the game at once. Yes, we still have the great wonders of the world rendered in amazing detail in the background. No longer do they look tacky and glossy like a computer 3D simulation. And the background appears to be almost frozen in time, as if these monuments have truly all been brought together through the chronological marathon that is the Civilization game. But now up front we have a true testament to the evolution of war, with soldiers from across time locked in heated battles in a world where a tank can waltz past a trebuchet.

Yes, I’ve glossed over the many, many expansion pack covers, but each has followed suit for the most part with the graphical style of its corresponding main title. For example, Civilization II: Multiplayer Gold Edition, the game that first got me into the franchise, kept the hand-drawn style of Civ II, but just updated and rearranged it a bit.

I must say, the bar has now been set very high. The box art for Civilization VI is going to have to really take things to a whole new level. Perhaps a 3-D hologram? Please?