We need you for (at least) one last job! 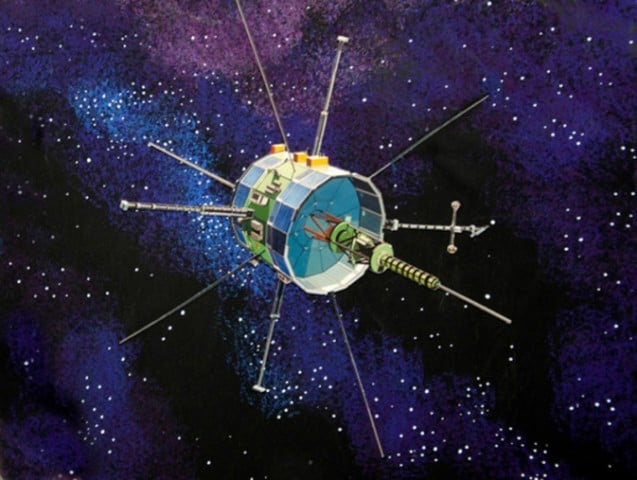 Last week we reported that NASA had signed an unused spacecraft over to a group of crowdfunded civilian scientists, and it looks like the intrepid space geeks didn’t waste anytime contacting their new acquisition — yesterday the Reboot Project announced that satellite ISEE-3 is back in business.

The Project’s Twitter account has been keeping spacefans up to date the past few days as the team prepared to contact the 35-year old craft to make it “do space again!” Successful two-way communication was re-established from the Arecibo Radio Observatory in Puerto Rico yesterday afternoon, but not before Mama Nature intervened on Wednesday to make things interesting.

Dennis Wingo was up in the dome when the earthquake hit Arecibo. He doesn’t need any more coffee today #ISEE3

The team of scientists shared the good news in an update yesterday:

ISEE-3 Reboot Project is pleased to announce that our team has established two-way communication with the ISEE-3 spacecraft and has begun commanding it to perform specific functions. Over the coming days and weeks our team will make an assessment of the spacecraft’s overall health and refine the techniques required to fire its engines and bring it back to an orbit near Earth.

The Reboot Project is setting an exciting example for the future of non-agency space exploration, as well as providing insight into the health of older spacecraft. Interested parties should definitely check out Reboot’s Twitter for regular updates plus a surprising amount of sass.

.@LongHairNasaGuy you are the only one left who looks like everyone did when I left Earth in 1978. Just sayin’ #ISEE3

(via io9, Space College and Science Insider, image via NASA)