Your job is to plant yourself by the theater, and tell the whole world: no, you move. 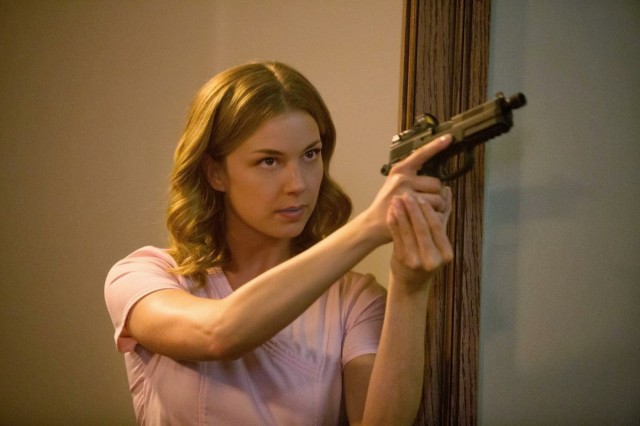 According to Deadline, Emily VanCamp will suit up once again as Agent 13/Kate/Sharon Carter for Captain America: Civil War, alongside Chadwick Boseman as Black Panther! Wakanda, here we come.

During the events of Captain America: The Winter Soldier, Agent 13 was tasked with keeping an eye on Cap, under the guise of “Kate,” his next-door neighbor. After making googly-eyes at each other over laundry, she was the first agent on the scene after the Winter Soldier shoots Nick Fury. Her identity as Sharon Carter (Peggy Carter’s niece) is still unrevealed in the MCU, but to a lot of comics fans, it’s pretty obvious at this point.

In addition to VanCamp’s return, io9 reports that the Latino Review has heard rumors surrounding Martin Freeman‘s possible role in Captain America: Civil War. According to those rumors, Freeman will be playing Everett K. Ross, a character from the Black Panther universe. According to Marvel Database, he is “an expert in Wakandan questions.”

After his debut in Marvel’s “Ant-Man” on July 17, 2015, Paul Rudd (Ant-Man, Anchorman 2: The Legend Continues) will make his first appearance alongside the Avengers as Scott Lang/Ant-Man in Captain America: Civil War.

On top of all the returning Avengers and an appearance from Ant-Man, there’s a neat throwback to The Incredible Hulk with Edward Norton in William Hurt’s return to the Marvel universe.

But perhaps the most interesting bit to come out of the announcement is that this’ll be our first glimpse of Black Panther (Chadwick Boseman) in action.