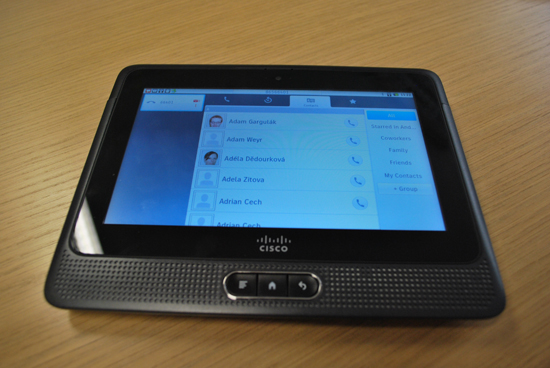 Announced in 2010, the Cius tablet from Cisco was meant to be a rival to Apple’s iPad. It wasn’t meant to replace the iPad on a personal level but on the level of corporations and enterprises. The thing was designed to suit every need that any person in business attire might have at a given time. Or business casual. Apparently, however, most of these people had already been swayed to the dulcet tones of Apple because the Cius didn’t do so hot.

Given that the Cius was meant for business use, it shouldn’t come as a surprise that it’s already out the door. According to an article on AllThingsD from 2011, a massive number of Apple devices were being activated during the second quarter in nearly half of the Fortune 100 and Fortune 500. Specifically, 97% of tablets activated in the companies serviced by Good Technology were Apple iPads.

That’s a pretty difficult market to break when you’re a company like Cisco. And that’s not saying anything negative about Cisco — Apple has the mind share to take on nearly all comers. If they open up a new avenue first, it’ll take something massive to follow them and good luck swaying the devoted. Trying to divide the market even further by targeting a specific subsection only makes it that much more difficult.

(via AllThingsD, image credit via carnero.cc)