In these troubled times when raising the bar is a necessity to getting that most coveted of jobs, you need something that sets you apart. Something that cries out “Original,” while asking your potential employer “Just what great things can I expect from this new hire?” Maybe even get them wondering if you’re over-qualified… Well, ok, you may not want that last part. No, my friend. What you want is the business card of the future. Something special that’ll make a splash as soon as you sit down for that interview. 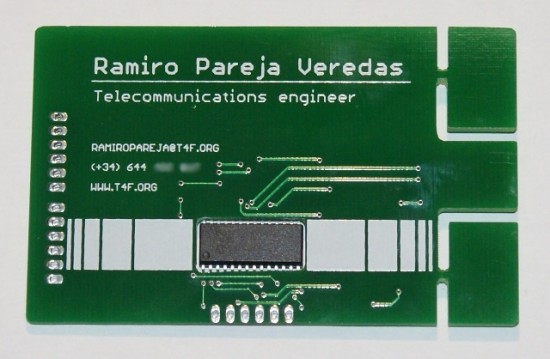 And Ramiro Pareja Veredas just beat you to it. A Spanish telecommunications engineer, this designer created this card in order to stand out in a way a traditional resume and cover letter wouldn’t. Bold. The card houses all the necessary information a business card would need, but here’s the best part: 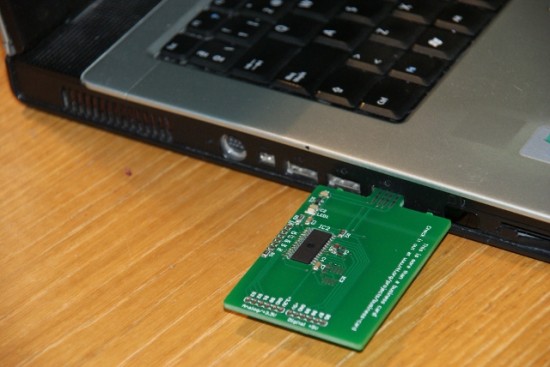 It’s also a USB drive that houses those traditional essentials like that resume in HTML. And as Veredas himself said:

Clearly, it is not the cheaper business card in the world (about 5 euros/piece for a small batch order), but it is a (relatively) small price for having a card in your pocket that has more CPU power than the computer that led the man to the moon.

You know that scene from American Psycho where Christian Bale all but has a nervous breakdown when his friends show off their business cards? I feel his pain.