If you’re unfamiliar with Nina Freeman, she’s created short vignettes and games that cover everything from figuring out how sex works to having players step into the shoes of a girl experiencing unwanted sexual harassment. Her latest endeavor is a gamed based on true events called Cibele, developed by Star Maid Games. You play as a 19-year-old girl who has become close with a man she met in an online game. Her relationship with him heats up as their phone calls and private chats become more intimate. The website recommends that you play the game in one sitting and use headphones. It took me about an hour and a half to finish the entire game, and as I’m typing this, I can’t stop thinking about the impact that this short little interaction has had on me.

There are three acts to the story that take place over the course of about six months: February 18th 2009, April 13th 2009, and August 10th 2009. There are also three different stages of the online game Valtameri that you get to explore as Nina’s sprite, Cibele: the Fern, Eurayce, and Hiisi. Multiple short films offer a very personal glimpse into Nina’s life, and an interactive desktop that changes over the course of the game offers insight to her activities beyond the fictitious online world where a large portion of her time is spent.

Having been following the production of Cibele for the past couple of months, I was excited to finally have my hands on the fully finished game. I slipped on my headphones, clicked “start,” and was immediately greeted with somber music and a short video of teenage Nina logging onto her computer. The interactive desktop had a few files for me to sift through at my leisure, and I have to admit, I felt a little creepy going through her things. I read her poetry first, before moving on to blog posts that gave me a taste of what being an adolescent through her eyes meant.

I related very heavily to the talk of exploring video games, to worrying about my popularity with boys, and griping about when my parents fought. Eventually, I mustered up the courage to open the folder that contained her pictures. “I’m not a creep.” I repeated over and over to myself as I’d click on pictures of a young, doe-eyed Nina. The first act of the game had me feeling as though I’d snuck onto a friend’s computer and decided to do some snooping. These feelings were later reaffirmed when I went through files labeled “For Ichi” and “For Blake” that contained pictures that made my cheeks red. 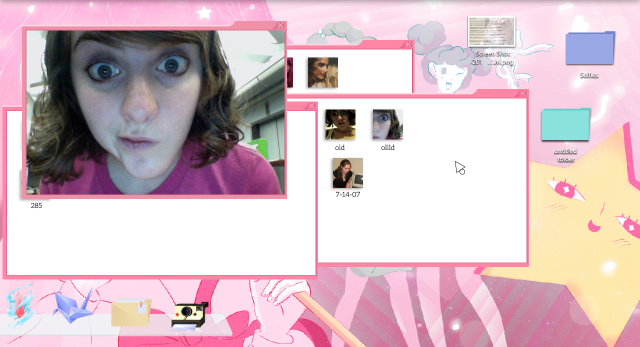 The photos and the blog posts are just a small peek into how personal the game gets. There are also emails that divulge little tidbits of Nina’s life outside of Valtameri. After I was finished rummaging through the desktop, I entered the Valtameri server as Cibele and was introduced to Ichi, the man who I would be speaking with throughout the rest of the game. It’s strange to refer to MYSELF as the player when I’m merely a spectator—I’m just a bystander looking into a part of Nina’s life that had a big impact. I’m not Nina, but I am. While Nina’s avatar would be speaking to Ichi through voice chat, every subtle pause or hitch in her voice—every shift in tone or compliment tossed her way—also affected ME as the player. I had to remind myself that this was an experience that I was not directly a part of, but intended to witness.

The mechanics of the online game Valtameri are simple and don’t take away from the narrative at all. It’s just point at the enemy, click on it to attack, and then move on. There are bosses you need to kill as a team in order to progress to the next act. There were four other Valtameri characters who I interacted with: three men and one woman. Throughout the course of the acts, our dialogue changed. It was interesting to see how differently I was treated when Nina’s relationship with Ichi progressed. The dialogue between the two is so interesting, real, and immersive that I would find myself tuning out the quiet but persistent “ping” of new emails I needed to read or the messages I was receiving from other players while in the server. It was easy to forget the outside world while I was inside Valtameri, listening to Nina and Ichi. 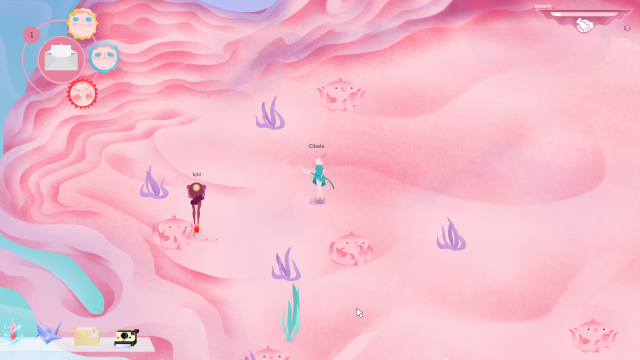 Act two got more personal. I could feel the tension between real bodies and digital bodies—something that is incredibly important in online relationships. Without divulging too much, Ichi asked to be called by his “real name” Blake, and our conversations became intimate and less subtle. Talks of meeting up in person arose, and an email notification alerting me to cheap flights to California would pop up. The third and final act before the last video clip revealing the fate of Nina and Blake had a more somber feeling. It shows how the “relationship” had progressed with more risqué pictures and talk of real-life events. And as quickly as the game began, it was over. I wish I could say more without the risk of spoilers, but September 18th 2009 is the resolution. 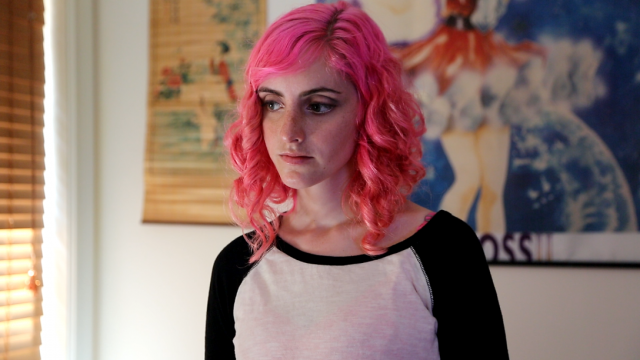 Cibele left me with a lot of emotions. It’s an incredible analysis between the life you live online and in reality. With the prevalence of online relationships in such a digital society, Cibele is a perfect example of first love, sexual tension, and forming Internet bonds. I highly recommend it. Cibele is available November 2nd 2015 for both PC and Mac through Steam or direct sale from the website.

Emma Kidwell is a self-proclaimed freelance writer who is usually seen holding a controller. When she’s not busy writing about all things gaming, you can find her avoiding impending adulthood responsibilities or dodging questions like “what do you want to do after you graduate?” If you want more, you can find her ramblings at Femhype and SpliceToday. Or you can find her on Twitter.