Map of “Beer” and “Church” Tweets Shows a Nation Divided 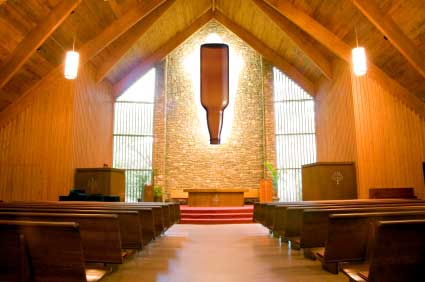 Maybe “a nation divided” is a little overdramatic, but there certainly are some regional differences between U.S. counties with the most Tweets with the word “beer” and those with the word “church” as shown by Floating-Sheep‘s new map. Does your hometown take the path to salvation or to inebriation?

The folks over at Floatingsheep.com produced a map of the United States comparing the number of tweets featuring the word “beer” and the word “church” tweeted in each American county. This was accomplished using the DOLLY Project, Floating-Sheep’s submission to the Knight News Challenge. The map paints each of the counties either red or blue depending on which had more geotagged tweets about church or beer, respectively, making for a patchwork quilt of saints and sinners. I’m glad to say that my hometown, LA County claimed the title of most tweets overall as well as being painted a deep blue, signifying “much more beer.” Take a look at the map below or go here for a closeup to see where your county fits in. 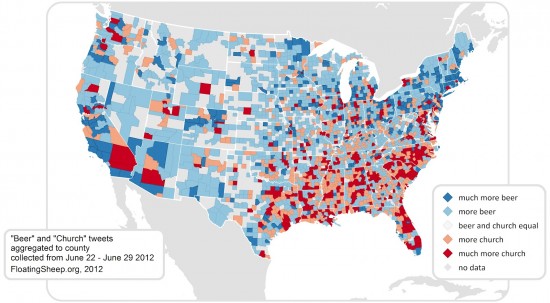