Why Buy A Chromebook Pixel? | The Mary Sue

Google’s New Chromebook Pixel Is Neat, But Who In The World Would Buy One? 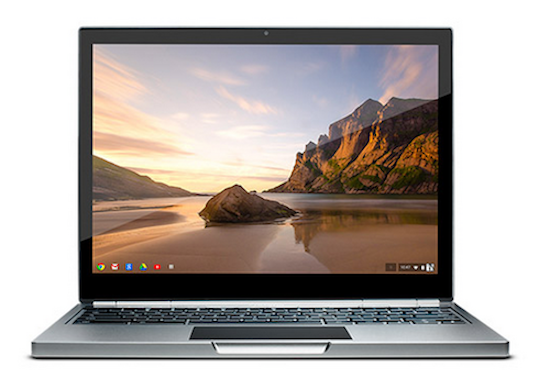 Help me out here, folks, because I am utterly baffled by the Chromebook Pixel. It’s a rather attractive piece of computer, I’ll grant that freely. I’ll even admit to being intrigued by the blend of keyboard and touchscreen interface, because yeah, I’ll admit it — sometimes I push buttons on my laptop screen because I forget that’s not how it works. But a $1,300 price tag for what remains, at its heart, a netbook just seems… I don’t want to use the phrase “Ludicrously, hilariously out of touch with the world as it exists today,” but it’s the only one that springs to mind. Because seriously, I don’t think anyone looks at this machine and says “That’s exactly what I need and I will pay more than $1,000 for it.” Anybody? Anybody? Bueller?

It’s not clear what came as more of a surprise yesterday — that Google was announcing a new addition to it’s Chromebook lineup, or that it the new offering would be this baffling. Either way, the Pixel has caught the attention of tech watchers, and not in a good way. Most are asking why, exactly, this would be a laptop anyone would introduce. Some are calling it a swipe at the MacBook Air, but I have to say I don’t see the two machines being in the same league.

The display should be beautiful, packing 4.3 million pixels into just 13″ of screen. Otherwise, with just 32 GB of onboard storage and a pair of USB 2.0  — really guys, USB 2.0? — inputs, there doesn’t seem to be a whole lot separating this machine from the pack other than a fairly novel touchable screen. Well, that and the cost.

Here’s a quick look at the Pixel in action, along with some words from developers on what they were aiming for.

So, there you have it — a machine that looks for all the world like it will go down as Google’s hardware answer to their once ballyhooed Wave service — a device with some nifty tricks up its sleeve and no idea what their target market is or why they would use this product. That may not be a bad thing, though — where Wave brought us collaborative editing that later got folded into Google Drive, we could see this cool new screen stick around. Maybe one day Google will even put it on a computer worth buying.