How To Build With LEGOs in Google Chrome 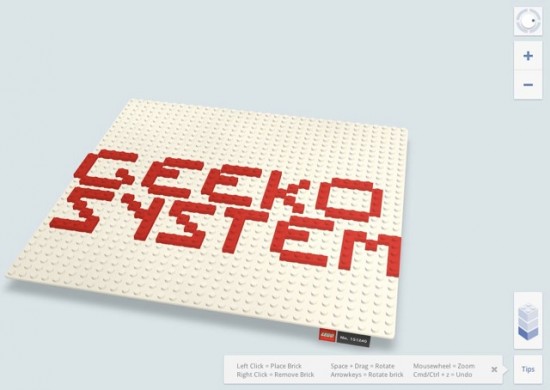 Google wants you to be able to do practically everything in a browser, specifically in Chrome. Chrome has already effectively eliminated the need for third-party email and calender apps, even word processors if you’re comfortable enough with Google Docs. Now, they’re making a new push to make your dedicated LEGO building client (LEGO Creator?) obsolete with the new Build with Chrome website. You can now play with LEGOs in Chrome, and you’ll never have to fish around for a missing 1-by-1 piece ever again.

Build with Chrome — or just Build, as it’s sometimes called — is a project from Google Australia, which has been working hand-in-hand with LEGO to put the project together. Launched to coincide with the 50th anniversary of the LEGO block in Australia and the LEGO Festival of Play, Build has a library of over 8 trillion blocks, or in other words, more than you could ever possibly need. On top of the massive virtual block collection, Build uses WebGL technology to enable the full 3D visuals, right in your browser. It’s pretty staggering, especially considering how lame some of the LEGO-creation-style video games have been in the past. I have to admit I’m still kind of upset LEGO Creator never worked as well as I wanted it to.

As for the interface, Build puts you on a giant LEGO map of Australia (for right now, anyway) where you can plot out a location and build your stuff. Don’t get too excited though; there doesn’t seem to be any terrain. Still, this Google Maps interface lets users explore the world to see what other builders have built, and as time goes on, those builds are only going to be getting more impressive.

So far, Build has only launched in Australia and New Zealand. That doesn’t mean that you can’t play with it, however. It seems as if all that means is that, for the time being, you’re going to be stuck building on a map of Australia no matter where you’re from. Google Australia has said they plan on bringing it elsewhere, so just be patient. In the meantime, hop in, look around, and most importantly, start building. Need some inspiration? Here’s a timelapsed build from the Official Google Australia Blog.