The Marvel Cinematic Universe Is for Christmas and That’s That 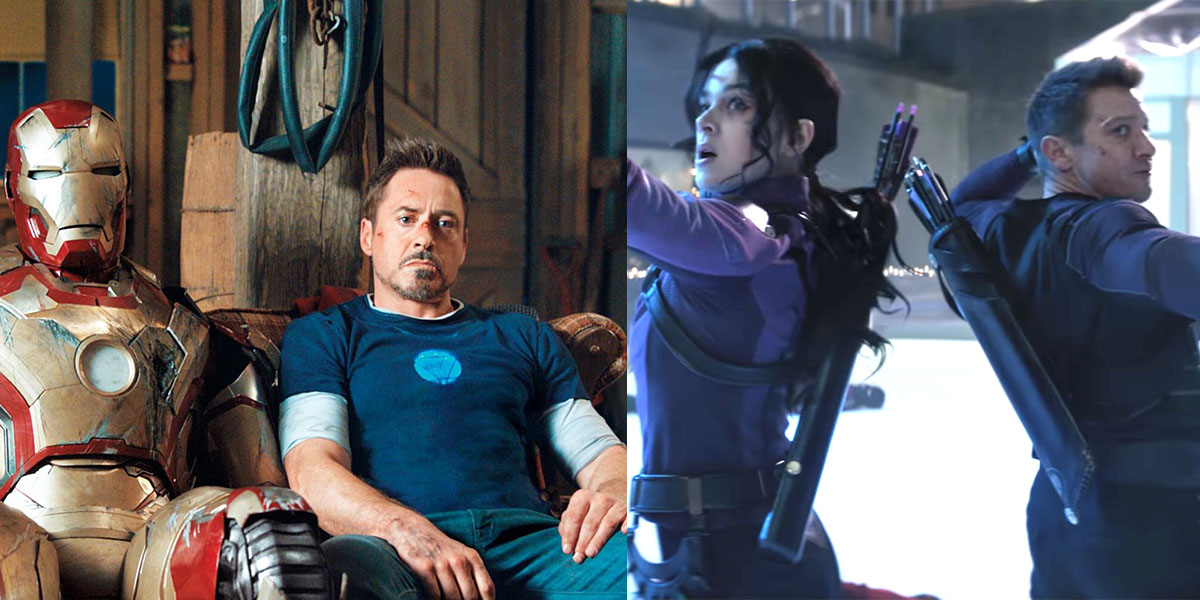 I love Christmas in the Marvel Cinematic Universe. Yes, right now, we only have Iron Man 3 as the entry point, but that’s about to change for the better, and I can’t wait to be that annoying person who gets to tell people “My favorite Christmas show is Hawkeye.” But with the Hawkeye trailer did come with a lot of people making comparisons.

As ComicBook.com pointed out, fans online began to connect that this trailer reminded them of Iron Man 3. They all went on to be mean about Iron Man 3 and wanted Hawkeye to lean more into the Christmas side of things, as if Iron Man 3 didn’t do that? Whatever. I don’t get why people hate on the Shane Black film. It’s great.

Every superheroes movies and TV series from DC to Marvel are all set on Christmas like Iron Man 3, Deadpool, Shazam!, Hawkeye, and Spider-Man: No Way Home pic.twitter.com/1iTAEwNezA

Hopefully #Hawkeye will lean more into its Christmas setting than Iron Man 3 did.

There’s something really magical superheroes in a Christmas setting. It’s gonna be a banger fellas! pic.twitter.com/E6CpNsuboh

Hawkeye is an upcoming Marvel story set during the Christmas period where an established hero distances himself from his family and takes a young protégé under his wing … and people are comparing it to Die Hard?!

Hawkeye may be Christmas themed and timed…

But ain’t no one is gonna do it like Iron Man 3 did.

This leads me to my main point: Marvel is great when it has these specific sorts of settings. Granted, it isn’t set at Christmas, but it is why I love Spider-Man: Far From Home because it gives us a specific place to play in. With Iron Man 3, though, I loved it so much because it was still a Marvel story but we had Tony making Christmas jokes and snow, and it’s just that Christmas feeling. It’s probably why I’ll love Hawkeye and No Way Home, as well.

And maybe it’s just the magic of the season that makes Christmas such a great time to explore, especially with our heroes, but I hope that Hawkeye has that same magic that Iron Man 3 did. It’s a wonderfully fun aspect to get to play with and having a disgruntled hero on the verge of retiring (i.e. Tony and now Clint) having to deal with a smartass kid the entire time (i.e. Harley Keener and Kate Bishop) is a perfect setup for a Christmas story.

I’m here for everyone talking about the greatest Christmas movie out there, Iron Man 3. I’m not here for slander against the Tony Stark-coming-to-terms-with-his-own-struggles film because it is one of the best, and I just hope that Hawkeye makes people appreciate it more.