Is Christianity in America Declining Thanks To Republican Assholery? 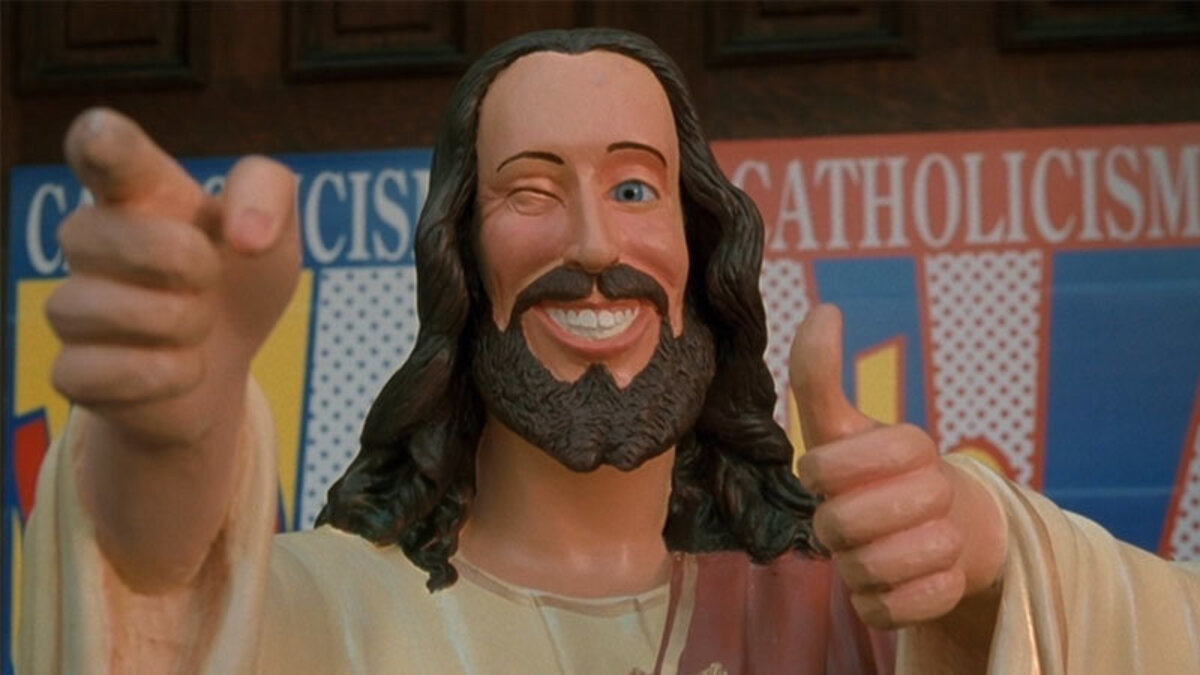 You don’t need to look further than the rash of bills in statehouses restricting access to abortion or aimed at denying healthcare and services to LGBTQ to know that Christianity has a strong influence in American politics. But that influence is out-sized compared to the actual percentage of people who go to church. For decades that number has been falling, and that’s happening in part because of Christian nationalism, according to some scholars.

In a new poll, Gallup found that for the first time since they started asking, a minority of Americans report they attended church, but perhaps most interestingly, this number comes after 20 years of declining church attendance. Since the 1930s, around 70-75% of Americans have told Gallup they attend a church, synagogue, or mosque, but since 2000 that number has plummeted and as of the latest report it’s at 47%.

Gallup identifies where these losses are happening: mainly among millennials and liberals, but that doesn’t mean that older Americans and independents and conservatives aren’t also turning away from churches, it’s just a lower rate. Overall there’s been a major shift away from organized religion in America—but the question is why.

Speaking to The Guardian, several experts offered a simple explanation: the marriage of convenience between the conservative movement and the evangelical right that’s turned the Republican party into a beacon of religious nationalism, homophobia, transphobia, misogyny, and white supremacy are a bit of a turn-off for people.

Americans are turning away from churches because of an “allergic reaction to the religious right,” says David Campbell, a professor at Notre Dame’s political science department and co-author of American Grace: How Religion Divides and Unites Us. “Many Americans – especially young people – see religion as bound up with political conservatism, and the Republican party specifically.”

I take issue with Campbell using the term “religion” when what he really means is Christianity and its entanglement with American politics, but his point overall is a strong one. This decline really took off in 2000, and what else started happening then? The election of “born again” George W. Bush and new culture wars between the religious right and well, the rest of America. Churches got very loud and very terrible about hating gay people and women and fear-mongering about people from other religious backgrounds and generally pushing the idea that America was a Christian nation.

But despite what the right says, America is a secular country, at least in terms of our laws (or at least it’s meant to be), and even as the Republican party has gone further off the deep end in the age of Trump. This is a party defined by extremism, not by principle, and that extremism has people leaving the churches that support it.

The grip of evangelical extremism on the right, and the way that’s making all of Christianity look bad, doesn’t seem to be changing. “I see no sign that the religious right, and Christian nationalism, is fading,” Campbell told the Guardian. “Which in turn suggests that the allergic reaction will continue to be seen – and thus more and more Americans will turn away from religion,” he said. But again, when he says religion, he means a specific one.

Americans are getting less religious overall, according to Gallup. In 2000, 59% of Americans said religion was very important in their lives, and in 2020 that’s down to 48%. Also in 2000, 8% of respondents said their religion was “none” and now that’s up to 22%. Mainly this tending is coming from millennials.

But if you dive into the numbers that are causing the most concern here, they’re also not as bad as a 70% to 47% decline in church membership. Yeah, that’s a big decline but in 2000 only 44% said they have been to church in the last 7 days and only 32% said they attended weekly. Now those numbers are at 24% and 30% respectively. A decline for sure, but a smaller one.

So, yeah, church-going Christianity is in trouble, and it’s probably thanks in part to those who think they can spew hate and garbage and claim they’re speaking for god. But maybe, I dunno, if these Christians started focusing on all the stuff Jesus said about kindness and helping the poor and sick and displaced, they could rehab their image some? You could even go with the whole what would Jesus do thing because the answer is he would help people and accept them. I mean, Christianity has been screwing that part up for the last 2000 years but it’s worth a shot?

(via The Guardian, image: Lionsgate films)