The designer has been an advocate for creating clothes for women of all sizes. 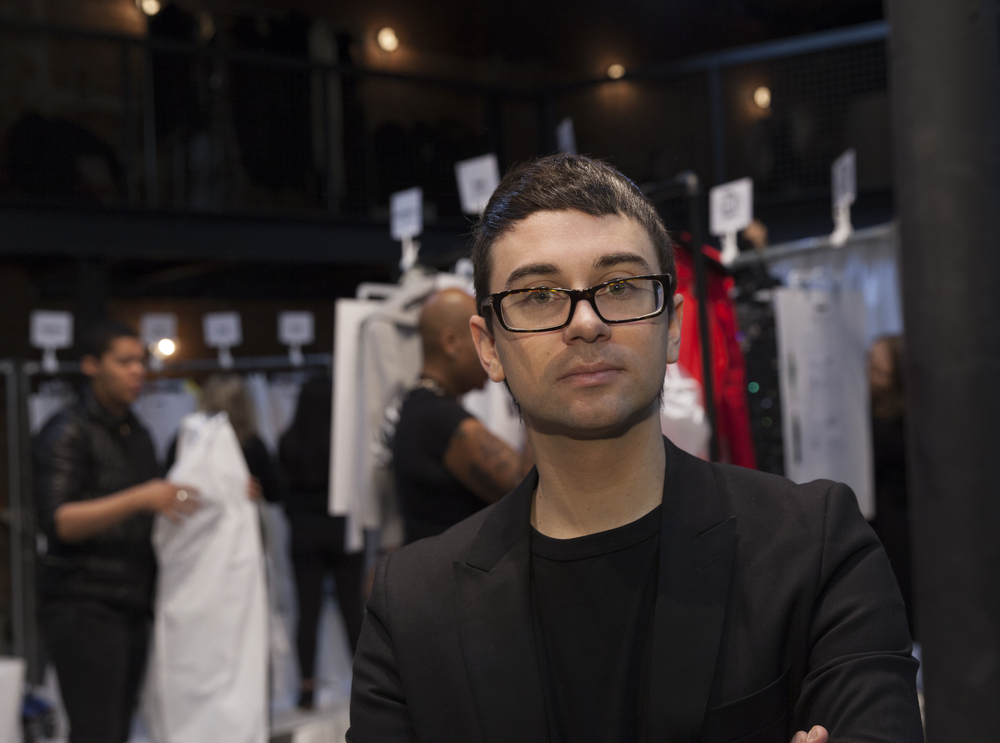 Christian Siriano made a name for himself in fashion way back when he was a contestant and eventual winner on Project Runway in its fourth season–but it’s his recent championing of women of all shapes and sizes, as well as his willingness to not only dress plus-sized celebrities but design for them, that feels like a track to change the mainstream fashion industry for the better.

He recently designed a red carpet dress for actress Leslie Jones after several stylists turned down the job, and his plus-size collection at Lane Bryant features famous faces like Orange is the New Black actress Danielle Brooks and model Ashley Graham.

Among the rotation of models for his New York Fashion Week runway show, Siriano casually featured five plus-sized women. Model Coco Rocha tweeted a video of the end procession of models, calling it “one of the most diverse shows in all of fashion”:

One of the most diverse shows in all of fashion from @csiriano, not to mention stunning. So proud of him! pic.twitter.com/xQA1swEkIs

In an interview with Glamour, Siriano confessed that he never expected that this was the route his fashion career would be taking:

Glamour: Did you foresee becoming this crusader for inclusivity and size diversity?
CS: No, it was never an intentional thing. It was one of those things that just kind of happened as the days went on. I think it’s great that we’re just doing what we do—and then it turned into a thing. I think it’s worked because I’m just into women—and for my design, it’s all about the body. I also grew up with a mom who was a size 16, 18, so it wasn’t new to me to have a voluptuous woman in my life. And my sister’s a size 00. I had the two total extremes, and now I see that everywhere. Even in my office not every girl is a size 0. What do you do if you’re a designer, and your own team can’t wear your clothes?

For more with Siriano, you can read Glamour’s full interview with the designer where he talks about designing for Leslie Jones, the sizes he wants to be able to offer in his collection and more.

Siriano isn’t the only Project Runway alum who’s making waves in the fashion industry on this subject; the show’s co-host Tim Gunn recently wrote an op-ed for The Washington Post about how the American fashion industry has “a lot of problems” in its refusal to design for plus-size women, and concluded with his famous catchphrase: “Designers, make it work.”