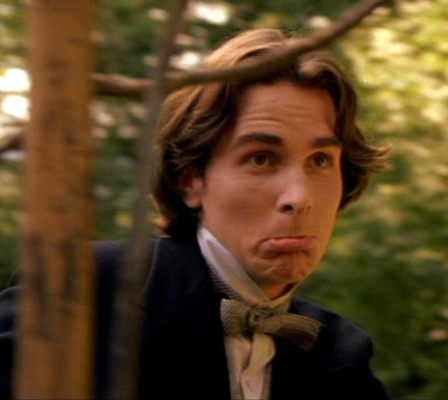 Get ready for walking and talking! Aaron Sorkin has confirmed to Bloomberg that Christian Bale will star in an upcoming Steve Jobs biopic based on Walter Isaacson’s biography of the late Apple founder. Danny Boyle is slated to direct Sorkin’s adaptation of the book.

In his interview with Bloomberg to discuss the upcoming project, Sorkin spoke about the challenges ahead for Bale:

The film’s “hook” is definitely intriguing—according to Variety, Sorkin has previously said the biopic will be divided into three different acts, each of them set backstage before an Apple product launch. For maximum crushing, you understand.

No word yet on U2’s involvement.