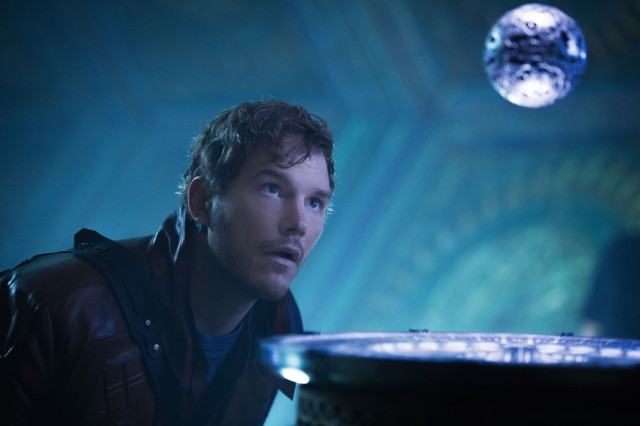 While the identity of Star-Lord’s father may not have been common knowledge to fans who enjoyed the first Guardians of the Galaxy movie, rumors began to swirl around the internet about which actor would be cast in the role as soon as a sequel was confirmed. There are definitely still some of us out there who would rather not know who was revealed to be playing the role of Star-Lord’s dad at San Diego Comic-Con this year–so if you’re attempting to remain blissfully ignorant of spoilers you should probably stop reading now.

For the rest of you: read on!

In a recent interview with Empire, GotG Vol. 2 director James Gunn confirmed that it was initially actor Chris Pratt’s idea to cast Kurt Russell for the role of Ego. In the film, Ego is a living planet who has taken on the form of a humanoid–oh, and he’s also Star-Lord’s dad. According to Gunn, he hadn’t even been considering Russell as an option until Pratt brought it up:

He was actually not in my head initially, but one day Chris suggested him, and I would have been really disappointed if he’d said no. Hey, if you have to cast anything, Kurt’s a pretty good way to go.

Though the comics version of Star-Lord is actually the son of Meredith Quill and a Spartoi called J’son, Gunn said he made the choice to change Peter Quill’s parentage for the film because there was more of an appeal in having Star-Lord’s father be “an ancient, cosmic, incredibly powerful being” rather than a king like J’son.

In terms of Star-Lord and Ego meeting on-screen, Pratt hinted at the fact that Peter Quill is going to have to reconcile the version of his dad he’s always imagined to the real living planet:

You’re going to see these characters having to endure the realities of being in a family. You’re talking about a guy who’s been longing to know who his father is for a long time. He’ll discover if that person lives up to the expectations he has in his head.

We’ll have to find out exactly how that father-son reunion transpires when Guardians of the Galaxy Vol. 2 premieres on May 5, 2017.