Everyone’s Thirsting Over Chris Pine Buying Books and Wearing a Mask, and I’m Not Mad About It 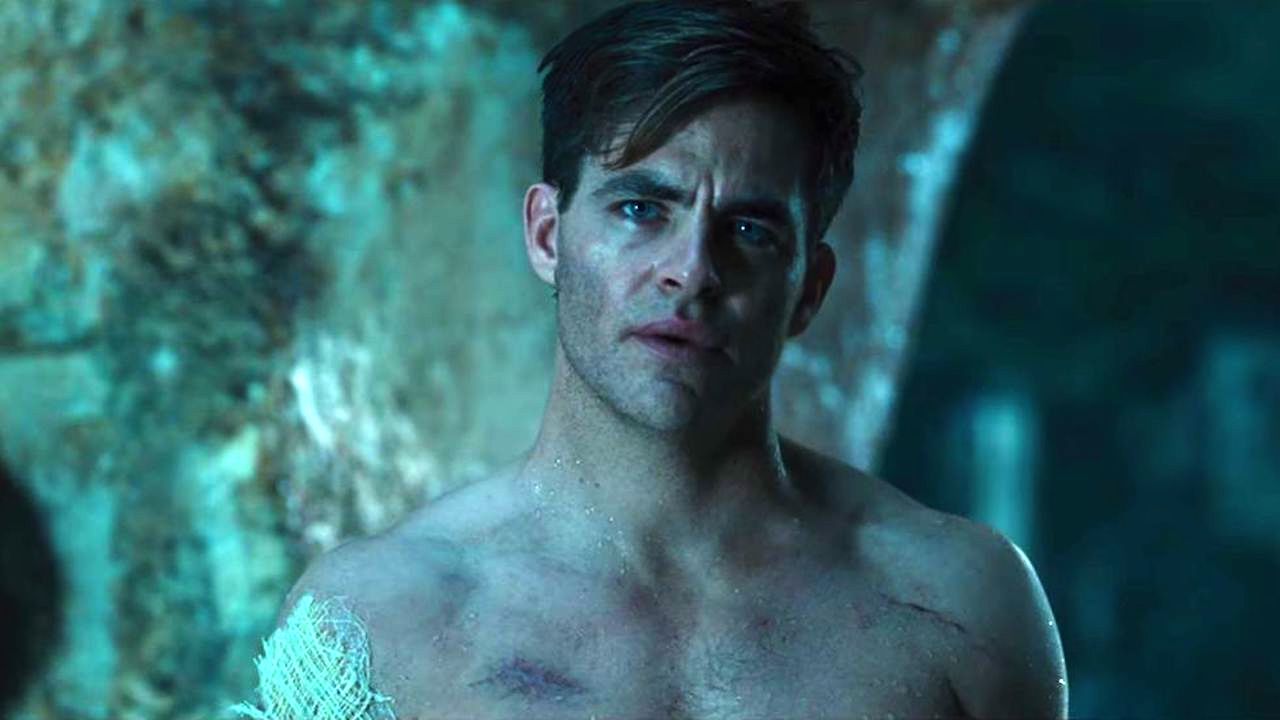 My love of Chris Pine knows no bounds. Since he bounded onto my screen as Nicholas Devereaux in The Princess Diaries 2: A Royal Engagement, I have loved his big hair and bushy eyebrows—also, those blue eyes. I could get lost in Chris Pine’s blue eyes for days. My point is, I love him with my whole heart, and today, the internet has chosen to bless my timeline with an endless sea of Chris Pine pictures because everyone’s thirsting over him wearing a mask, buying books, and walking his dog.

I don’t know who needs to see it but here are some pictures of Chris Pine walking out of an indie bookstore with a GIANT bag of books while also wearing a mask. pic.twitter.com/qbKSAVCcN7

Pine is one of those people that just continues to fascinate me. Maybe it’s because he’s extremely intelligent and likes to remind us all of that, or maybe it’s just that he’s an odd and unique human being, but whatever it is, I cannot stop loving him no matter how hard I have tried. It doesn’t help that he plays Steve Trevor, and we all know how much I love that damsel of a boyfriend.

In the new pictures, though, Pine just exudes an energy that most men wish they could even attempt to harness—and does so while wearing a mask. Take that for your “masks aren’t manly” theories.

On top of that, the Wonder Woman 1984 star’s track record of hating paparazzi is also on full display. If he’s not mocking them by taking “pictures” of them with his fingers …

Or flipping them off …

He’s doing so by taking pictures of them with his flip phone.

chris pine pretending to take pictures of the paparazzi with his flip phone (2017) pic.twitter.com/5NSHbvX0hj

Today though, the internet discovered a picture of Pine out at Skylight Books in Los Angeles. As a Pine fan, I know that he loves a good book. He was an English major at Berkeley, after all (where he took a class on erotica).

I student-taught an erotica class at UC Berkeley in 2002 and Chris Pine was in it. He is a FANTASTIC writer and was never creepy even though we were all constantly discussing sex https://t.co/B0YXPATXeG

Pine, who is my favorite Chris in the fight of the Hollywood Chrises, is a gem. He hates Trump, loves to read, likes to wear the wildest of outfits for his own enjoyment, and uses a flip phone—all things that would make you quote his “what a strange, sad day it’s been” out loud. But somehow, with Pine, it works. I think it has a lot to do with his choice of vacation outfits.

My favorite summer look is Chris Pine on vacation pic.twitter.com/9QiW4GxYrZ

Today though, we are praising Pine for … wearing a mask. That’s how sad 2020 has gotten; we’re just so happy that an actor is wearing a mask and doing the right thing that we’re willing to praise him for it nonstop. I’m not going to complain, since I love Chris Pine a lot, but still, it’s sad that this is where we are. Truly, what a strange, sad day indeed.

Once the bookstore pics hit our feeds, the thirst for Chris Pine was unstoppable (much like the train that Chris Pine had to try to stop in the movie Unstoppable).

very hard for men to argue that masks make them look stupid when chris pine is giving off this energy in a mask https://t.co/qLgVvwM8lj

It was me, I needed to see this. Thank you https://t.co/eLrUlaHfxU

The adventure didn’t stop there though, Pine also took his dog, Wednesday, out for a walk.

oh to be walked on a leash by chris pine pic.twitter.com/NTaa2yMDBZ

All that being said, be someone you know Chris Pine would like. Wear a mask, support local businesses struggling with coronavirus, and make sure to take your dog for a walk in some fun loafers.