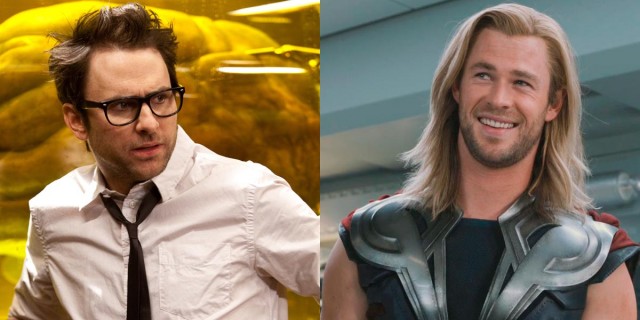 Vacation all I ever waaaaanted, vacation had to get a Day!

The original National Lampoon’s Vacation film was directed by Harold Ramis and written by John Hughes so, you know, kinda hard to top. But they’re trying with a pretty interesting cast. According to The Hollywood Reporter:

The actors are in negotiations to sign on for roles in New Line’s reboot-slash-remake to the classic 1980s comedy series that starred Chevy Chase. John Francis Daley and Jonathan Goldstein wrote the script and are making their directorial debut.

The new movie sees Ed Helms starring as Rusty Griswold, the grown-up son of Clark Griswold (Chase) who takes his family on a road trip similar to the one he and his parents and sister took when he was young.

Christina Applegate is on board as Rusty’s wife. Chase and Beverly D’Angelo are to make cameos in the movie, which begins shooting in September after having been delayed.

But who is Chris Hemsworth playing? Stone Crandall, says THR, “an up-and-coming anchorman and the husband of Rusty’s sister, Audrey.” To which I say, oh my god, that sounds amazing. Unfortunately, Day will only be doing a cameo as a river-rafting guide.