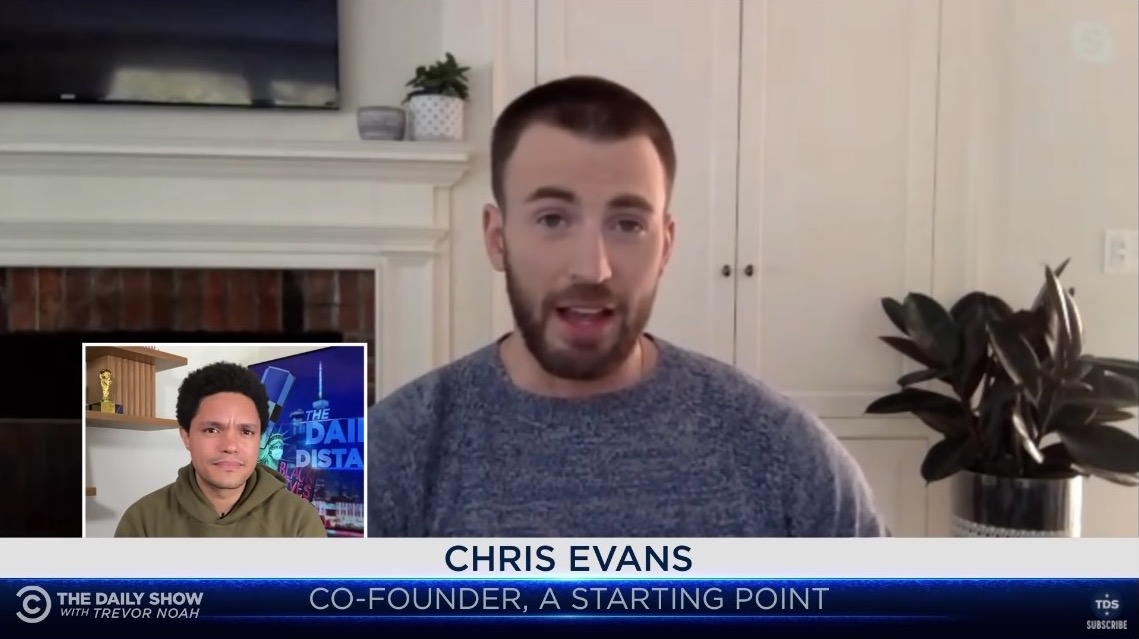 Since Donald Trump’s election, Chris Evans has been establishing himself as a consistently political, liberal presence on Twitter. He’s constantly posting anti-Nazi, anti-Trump, pro-Black Lives Matter (etc, etc) messages on the site, so it was confusing to many when, back in February of this year, Republican senator Ted Cruz posted a picture with Evans, as well as his own daughter, on his own Twitter page, announcing that the two had just done an interview together.

Just sat down for an interview w/ ⁦@ChrisEvans⁩ Really nice guy. Caroline came up to DC to meet him. Almost nothing in the Senate impresses an 11-year old; introducing her to Captain America was pretty awesome! pic.twitter.com/PWK5Os9yL3

The backlash and confusion came from both sides. Evans’ more liberal and progressive fans wondered what the heck he was doing posing for a photo op with Cruz, while the replies to Cruz’s tweet are largely asking what he’s doing hanging out with a member of the liberal Hollywood elite.

What Evans told Trevor Noah this week during an appearance on The Daily Show was that the photo was more about Cruz’s 11-year-old daughter than the senator. Although he also stood by his meeting with Cruz.

“In that circumstance, it was a child,” he told Noah. “I’ll always take a picture with a kid. … But in general, just even sitting down with certain politicians—there are certain people on the extremes of both parties who, there’s no wiggle room for that. And again, what I would argue is, look, if this person wasn’t in power, if this person wasn’t writing bills that affected your life, fine, we can shun them. You know what I mean? We can scream louder than them. But we can’t pretend they don’t have some sort of say, some sort of impact.”

Back in February, Evans explained that he met with Cruz as part of his political project A Starting Point, which had not yet launched. The plan was to feature interviews with lawmakers from both parties, focused on the facts of the issues being discussed without partisan inference, in order to “create a bipartisan channel of communication and connectivity between Americans and their elected officials with the goal of creating a more informed electorate.”

Evans talked to Trevor Noah about what he sees as the “dizziness” voters get from watching the “deliberate obfuscation by a lot of people in power to muddy the waters,” which Evans says “becomes this kind of ouroboros” that breeds political apathy and disinterest.

Evans’ solution (along with his partner Mark Kassen) is an interesting idea although it should be obvious that these lawmakers aren’t actually able to leave their biases at the door. Now that the site has launched, we can see that in addition to some standard interviews, there’s a menu of talking points. Users can select an issue and pick which lawmaker they want to hear give their opinion. There’s also a “Counterpoints” page with opposing arguments from two different elected officials.

So really, in order to get the “facts” about, say, gun control or COVID-19, you still have to sift through partisan and personal opinions from lawmakers on both sides of the aisle, then make up your mind as to who you agree with. Again, I think the idea is interesting and I have to recognize that I am not the target audience here. The name of the project says what it’s about: it’s a starting point for people who might just be looking to become engaged in politics, maybe for the first time, offing them a direct line to hear their elected officials’ opinions firsthand.

Personally, I don’t think Doug Collins’ opinion on abortion should be given equal weight as, well, basically anyone else’s (although I do find it strange that of the eight opinions available on that issue, five come from men) but flipping through various other issues, most of the responses seem fairly measured, helped by the fact that they’re all very brief, about a minute each. As far as “starting points” go for people looking to become more politically informed, Evans’ project seems like a good and helpful one.

(via The Daily Show, image: screencap)