That's it. He does. It is confirmed. 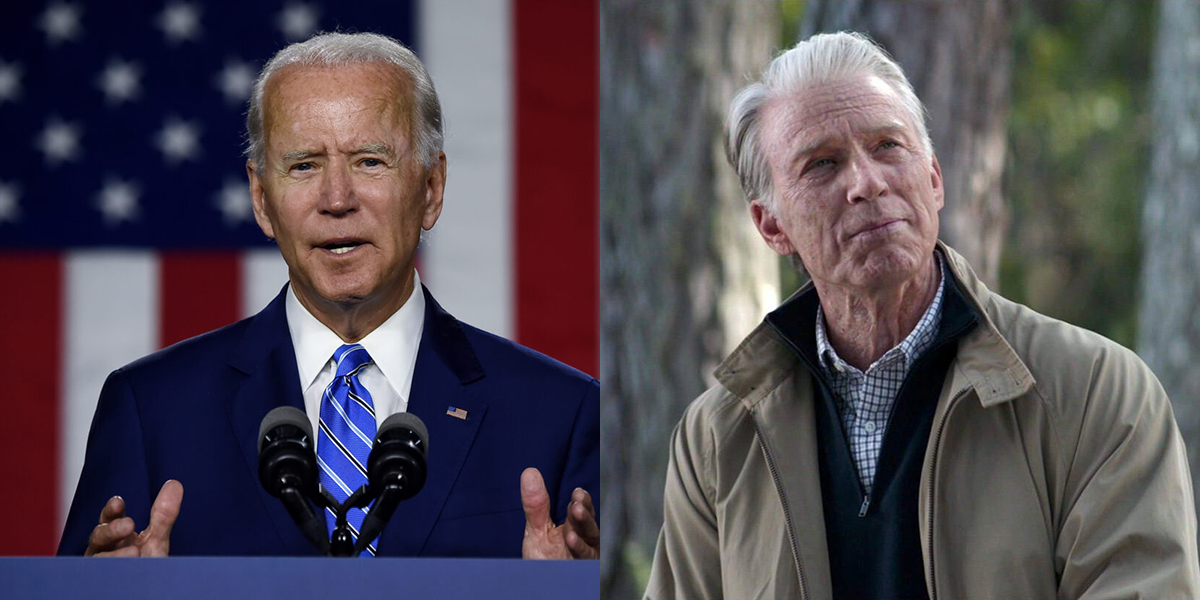 I remember the first time I saw Avengers: Endgame. There I was, sitting next to our own Kaila Hale-Stern, in the midst of crying, when Old Man Steve Rogers appeared. While sobbing, I just turned to look at her and said, “Why does he look like Joe Biden?”

Slowly, as we all began talking about the movie more freely, I realized that I was not alone in this thinking. Everyone came around to agree on one thing: old Steve Rogers and Joe Biden look alike. Then, it went a step further. Fans began looking at young Joe Biden and comparing him to young Steve Rogers, and the more we fell down this rabbit hole, the more we started to question life itself.

But when Biden won the election for president of the United States and became our president-elect, I had one dare for Chris Evans and his recently launched political website, A Starting Point:

.@ChrisEvans I dare you to interview Joe Biden for ASP dressed as old man Steve Rogers

Now, I love to tweet out into the void of Twitter and know that it probably won’t go anywhere, which is what I thought was going to happen with this. I’ve made plenty of Joe Biden as Old Steve Roger jokes in the past, like this one ON the day that Joe Biden clinched the nomination:

So color me shocked when suddenly, my joke tweet about Evans interviewing Joe Biden for his political website A Starting Point turned into this:

(I saw this tweet, and it did not register that it was to me until a full ten minutes later.)

I’ll be honest, the question started because of Chris Evans admitting that he did ask Donald Trump to do an interview with him for the site. Though Donald Trump said no (I think he is afraid of Evans), the offer was there because that’s the entire point of A Starting Point. So … it would make sense that Evans would extend that same question to Biden once he’s in office.

But it’s not just Old Man Steve Rogers (as I stated earlier). Even when you look at Steve Rogers from Captain America: The First Avenger and compare it to that picture of hot young Joe Biden in Hawaii, there are similarities. Let this masterpiece of a TikTok from Mark Moody take you on a journey:

So, Chris Evans: The game is on. I want this Parent Trap remake you promised, OR I’ll take you interviewing Joe Biden in age makeup. Whichever is easier for you.