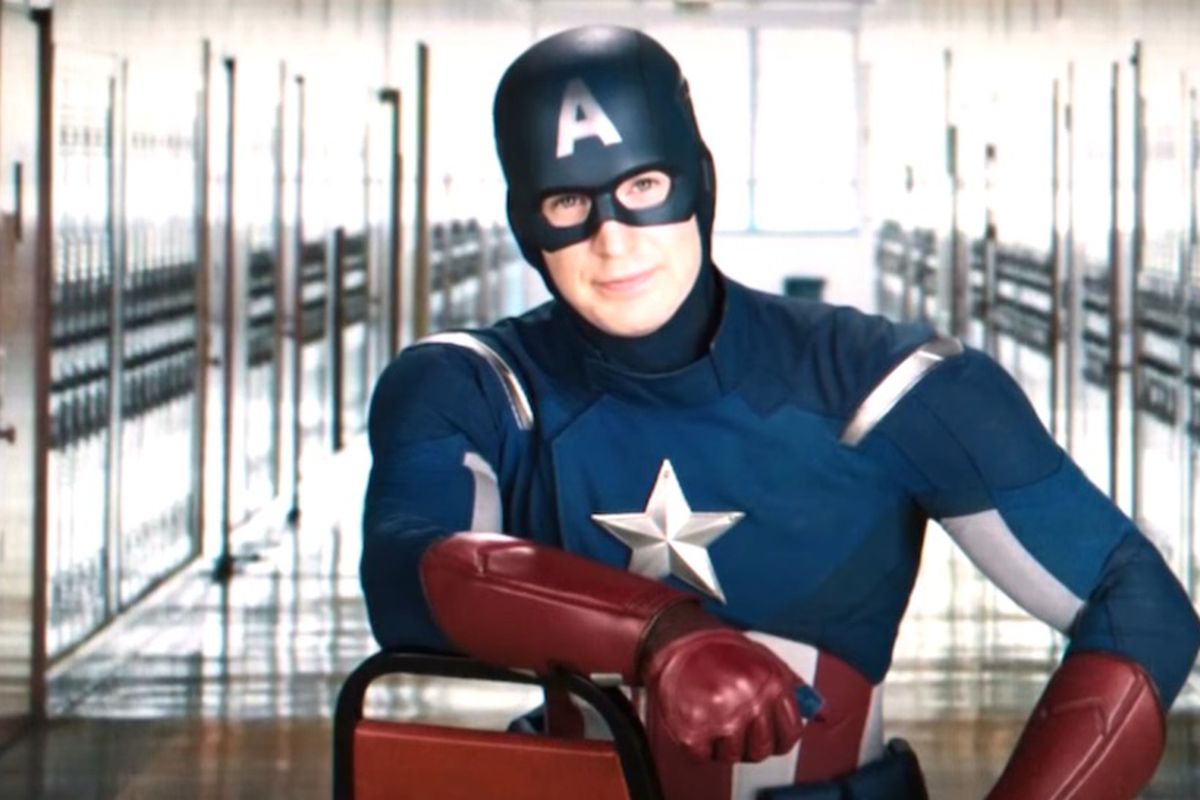 Chris Evans has been trying to bridge the gap between our two major political parties. It hasn’t been the easiest journey. Many have called him out for meeting with people who are actively trying to harm marginalized groups in this country, but in his quest to help bridge this divide, he apparently wanted to meet with Donald Trump, and Trump didn’t want to “assemble.”

To be honest, if I were a gross racist/sexist/homophobe like Donald Trump, I ALSO wouldn’t want to meet with Actual Captain America Chris Evans. As civil as Evans has been with some pretty gross people, I don’t know how that’d go for Trump, with Evans having constantly called him out on Twitter for the last four years.

In an interview with Jimmy Kimmel, Evans admitted that he did his part and reached out to Trump, and I honestly like that he specifically pointed out that he was “doing his part.”

“We had to,” Evans responded when Kimmel asked if he reached out to Trump, and honestly, that was a mood if I’ve ever seen one. I also enjoyed that he clarified my biggest issue with his recently launched political website, A Starting Point: fact-checkers. My worry wasn’t that people perusing Evans’ site, featuring short video discussions of political issues with both Republicans and Democrats, would suddenly want to support Republicans. If you’re right-leaning, that’s between you and your god (never see me agreeing with a Republican), but I WAS worried that these politicians could, theoretically, say whatever they want, true or not.

To know that Evans has fact-checkers and won’t post something inaccurate is a little comforting. He also made a great point about the site in general: These are not just Republicans who want to vote red down the ticket. These are elected officials who already have power and are in charge of making decisions that have a direct impact on our lives.

“But, you know, we live in this time where if you disagree with someone you think ‘don’t speak to them.’ And the only problem is these are elected officials, they’re already in office, they already got power! They’re writing bills that affect your life. So to pretend they don’t exist I think is more pernicious than sitting down with them, hearing what they have to say, and letting it be a landscape of competing ideas.”

I will say, I like that Chris Evans’ Boston accent is popping out more and more. (Has 2020 broken me? I don’t think I’m allowed to think this as a Pittsburgh girl.)

But let’s go back to Trump refusing to participate with Evans—especially when, throughout the interview, he proved that he put his own political agenda aside so that he could bring these interviews to the public. Imagine you’re an incredibly polarizing president and you refuse to meet with someone who is going out of their way to meet you halfway. It’s … not a good look, especially when the entire idea of the website is to inform the public on their elected officials’ ideas and stances on important issues.

But if I were Donald Trump and Chris Evans (who is Italian AND Captain America) wanted to meet with me? I’d also probably run.