Choose Your Own Adventure Author Dead At 78 | The Mary Sue

To Leave A Bad-Ass Legacy, Turn To The Next Page: “Choose Your Own Adventure” Author Passes Away At 78

To listen to the dinosaur's prophecy, turn to page 31. 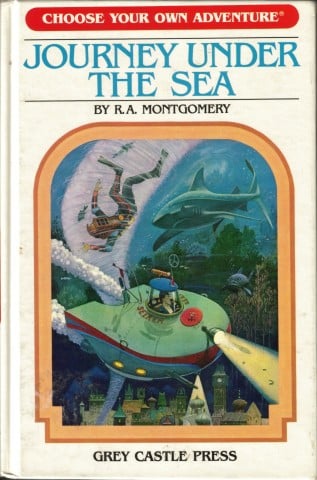 The man who gave readers an unprecedented level of literary agency has, in the words of Dumbledore, embarked on “the next great adventure”: Raymond Almiran Montgomery has passed away at 78.

According to a fascinating and comprehensive obituary on the “Choose Your Own Adventure” website, R.A. Montgomery passed away November 9th after a lifetime spent travelling, writing and running his own business. After being “kicked out of Yale Divinity School […] for spending too much time skiing and mountain climbing,” Montgomery spent several years teaching Peace Corps members in North and West Africa before he helped launch an entirely new genre of fiction by publishing author Ed Packard’s role-playing book Sugarcane Island.

Throughout his 78 years, Montgomery was passionate about education and promoting literacy, and was consequently adamant the series remain in print to help reluctant readers learn to truly engage in a book. Although illustrations in the series often depict male subjects, the adventures themselves also allowed an unprecedented number of readers to see themselves projected in the protagonist role, regardless of race, gender, or body type.

(Via Choose Your Own Adventure)