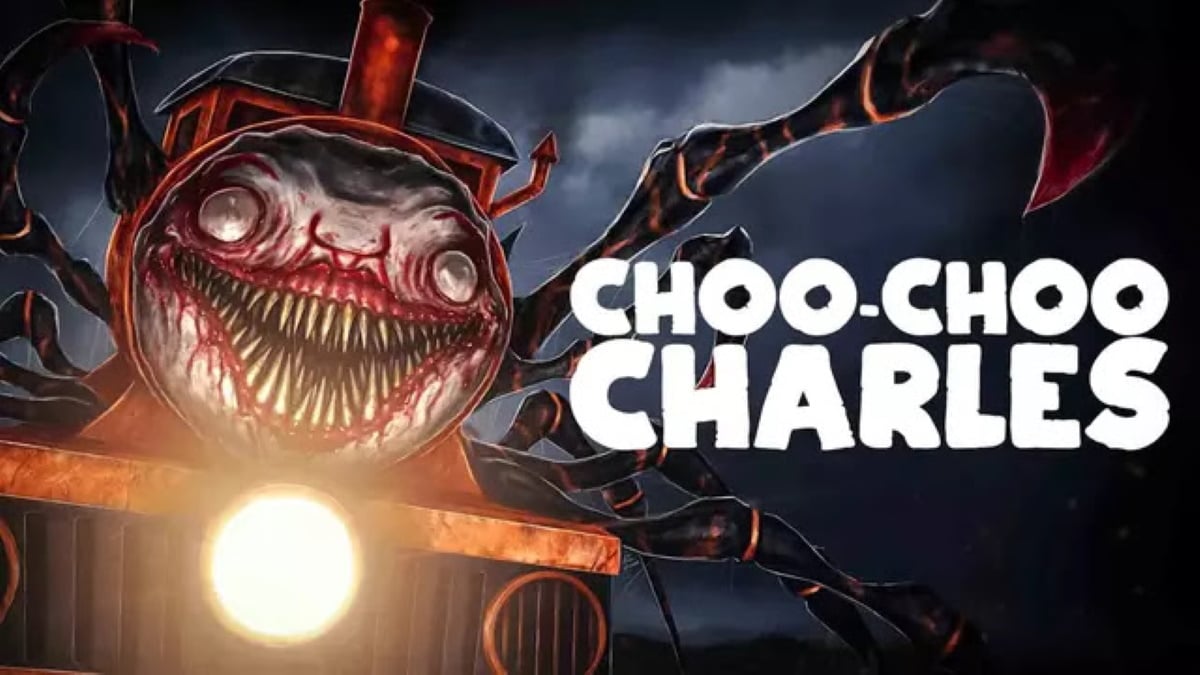 With October comes a rise in horror content that spans all forms of media. This, of course, includes video games, and what better place to look for something completely unhinged than with indie games? Where else could you possibly find a game that takes the embodiment of childhood innocence and massacres it all over the train tracks?

It’s not often that I see a video game trailer and ask, “Who hurt you?” Did the developer, Two Star Games, have nightmares about choo-choo trains growing up? Did a tarantula crawl over their playset and the image has been burned into their brain forevermore?

Did a sibling smear strawberry jam on a trainset?

Were they inspired by Toy Story?!

Whatever the case, Choo-Choo Charles is headed our way next year, and it has one of the most effective trailers I’ve seen for a horror game in a while. The music is perfectly frantic, with a first-person POV that has you hopping onboard your own train in an attempt to get away from Charles. When you tell a faceless countryman that you want to kill Charles, you’re told to stop joking, and, well, I can understand that response after seeing Charles in action.

But the object of the game is to kill Charles, and you might be able to pull it off if you upgrade your trusty choo-choo enough to be able to take it into battle.

No, I did not expect to write a sentence about pitting two trains against each other, one fitted with spider legs and looking like a distant relative of Pennywise.

In Choo-Choo Charles you’re given the task of eradicating a monster known by the locals as “Charles”. Nobody knows where he came from, but they know why; to eat the flesh of puny humans. You have a small yellow train, with a map, mounted machine gun, and an exquisite collection of bobble-heads on the dashboard. You’ll use this train to get from place to place, while you complete missions for the townspeople, or loot scraps from around the island. Over time you’ll use your scraps to upgrade your train’s speed, armor, and damage. You’ll grow your arsenal, and (hopefully) become an unstoppable force, ready to take on the great and mighty Charles.

I get the feeling that while you gather scraps and help the locals, Charles is gonna be the game’s version of Resident Evil 2’s “Mr. X” and steamroll over just when you think you’re safe in the desolate environment you’re exploring.

I’m expecting a lot of this:

Choo-Choo Charles is one of those games that perfectly explains my relationship with horror. I find it intriguing, especially if it has a unique premise like “train monster who wants to nom on people.” This is the kind of game where I’d want to watch a behind-the-scenes video where the developers reveal what inspired them to make a choo-choo train, of all things, terrifying.

That being said, this trailer tells me that this game is gonna scare the hell out of me, leading to me either 1) watching a Let’s Play of it while clinging to a pillow, or 2) having my wife play it so I can watch, with the lights on, then have to go in and help fight the boss if she gets stuck.

You can add Choo-Choo Charles to your Steam wishlist. The game is set to reach the station in 2022.