Kill It With Fire: Chinese Movie Theaters Are Putting Audience-Goers’ Texts On Screen 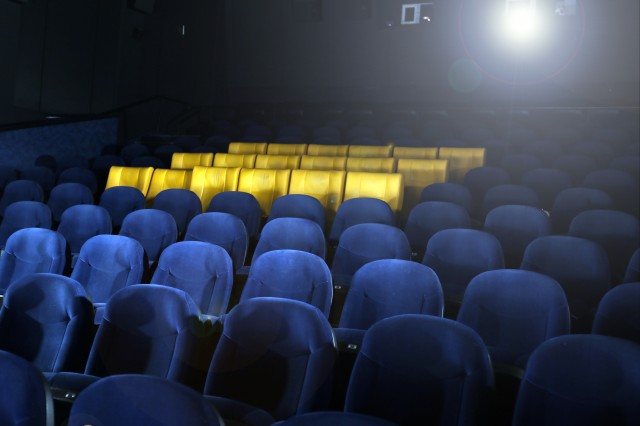 I like to think I’m pretty forward-thinking about tech. I’m not one of those pretentious assholes who makes holier-than-thou comments about how people need to unplug from their screens and connect with the natural world, brahhhhhh. I hate the “Must humans play God?!” sci-fi trope. But so help me God, if this becomes a thing I will lose my shit, potential hypocrisy be damned.

Movie theaters in China are experimenting with new “bullet screen” technology, where audience members can send texts about the film that will show up on the screen itself, because I really need to know what that jackass in the fifth row who made everyone move because he got to the movie late thinks about how hot the female lead is. Is the preponderance of selfish, evil movie texters (I stand by that—your phone is a flashlight in a dark room. Put it away. You have no excuses.) not bad enough without having their missives literally take up part of the screen?!

The inspiration behind the idea appears to be that it mimicks that of watching a movie on mobile media, which is how most Chinese people watch films, with people sending messages about what they like or dislike about the movie.

“People like it right now, as it’s a new thing,” said the manager at a theater in the Shangdong province where this system is currently being tried out. “In the long term, it might affect people’s concentration. We are trying to continue with some bullet screen activities and play some films that young people like. Time will tell.”

Shen Leping, the director of one of those films that’s been bullet time’d, goes even further: “We are exploring how the response from the audience can affect the movie itself… We are, in fact, putting the director and viewer on equal terms, and I think many of the opinions of the viewers are very helpful for film makers.”

To put on my objective journalist hat, the only way—the only way—I could see this being remotely acceptable is if there are bullet screen-dedicated screenings, as in “All you monsters who want to text while you watch a movie, you get the 5:15 show. Reasonable people, the others are for you.” This could also be a more modern version “interactive” screenings of cult classics like The Room and Rocky Horror Picture Show, where audience members are encouraged to interact with the movie… I guess?

Or not. Absolutely not. You turn your phone on during a screening, and you deserve to be told off.

(via Collider, picture by Africa Studio)

Previously in people being wrong in movie theaters