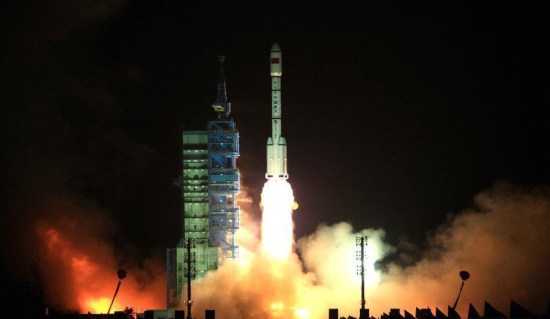 Last week, China successfully placed the Tiangong-1 spacelab into orbit, giving the country its first foothold in space. The name of the module, launched aboard a Long March 2 rocket, translates roughly to “heavenly palace.” Expected to last around two years, the module will function as a testbed for automated docking procedures and will eventually support up to three astronauts for short stays onboard.

The entire Tiangong program has the potential to leap the Chinese space program forward by decades. It should be noted that although U.S. and Russian space agencies mastered docking about 40 years and have both operated space stations since the 1970s, China plans to accomplish all of these tasks within the lifespan of Tiangong-1. The first unmanned mission, Shenzhou 8, is expected later this year. Two manned missions, Shenzhou 9 and 10, will follow in 2012.

Tingong-1 will also serve as a proof of concept for much larger stations called Tiangong-2 and 3. The first of these are expected to launch in 2013. Larger, and also capable of docking support for multiple spacecraft, future missions represent a massive expansion of the Chinese space program. Tiangong-1 currently boasts 530 cubic feet of space, exercise facilities, two sleeping areas, and a single docking port.

Strangely, Chinese state television chose to air an animation of the launch set to the tune of “America the Beautiful.” A representative from the network apparently told the UK Guardian by way of explanation, “I don’t know how to answer your question […] I cannot help you.” Don’t ever change, Chinese space program.