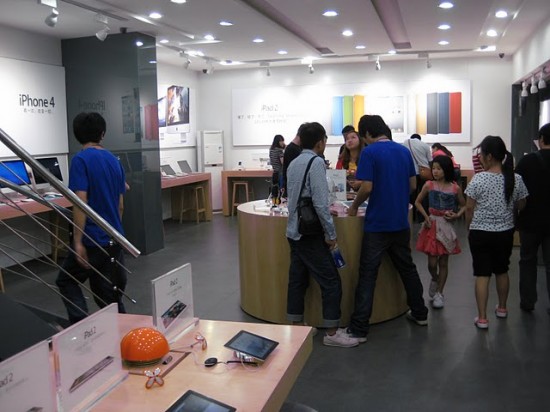 In the tech world, China is known for making sometimes decent, sometimes extremely obvious and hilarious knockoff products, but who would’ve thought they’re also into ripping off storefronts? Introducing the fake Apple Store, complete with knockoff Apple Store employee uniforms, a nearly identical layout, the same tables, floors and even the same product holders. One may also notice that Apple’s banners and press images have also been ripped off, and the product accessory walls look nearly identical to the real thing. You’re almost kind of expecting the store to have an evil twin style goatee. Check out more pictures of the bizarro Apple Store below. 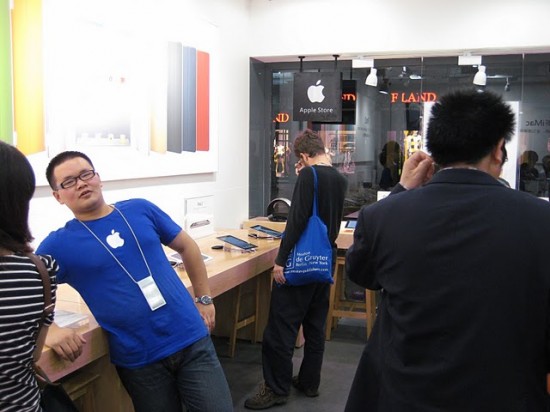 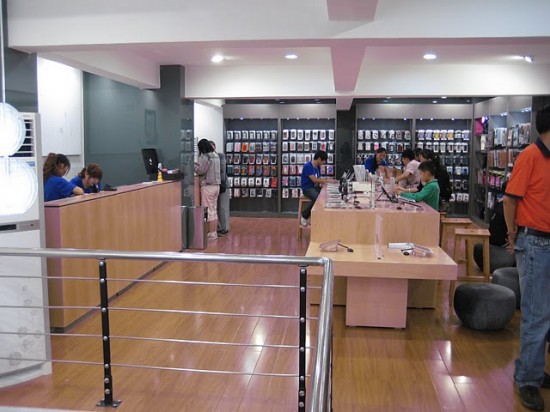 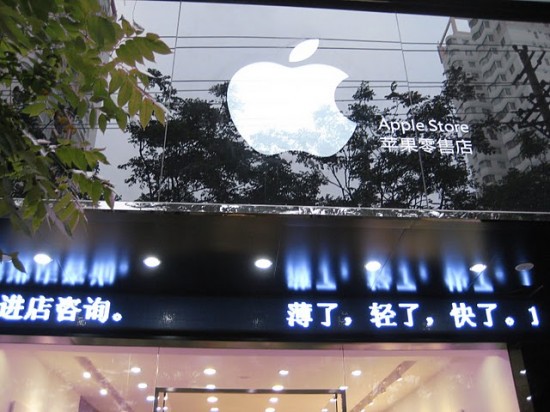