Chessy Prout, Teen Survivor of Sexual Assault, Wants #IHaveTheRightTo to Be the Next “Rallying Call” For Survivors’ Rights 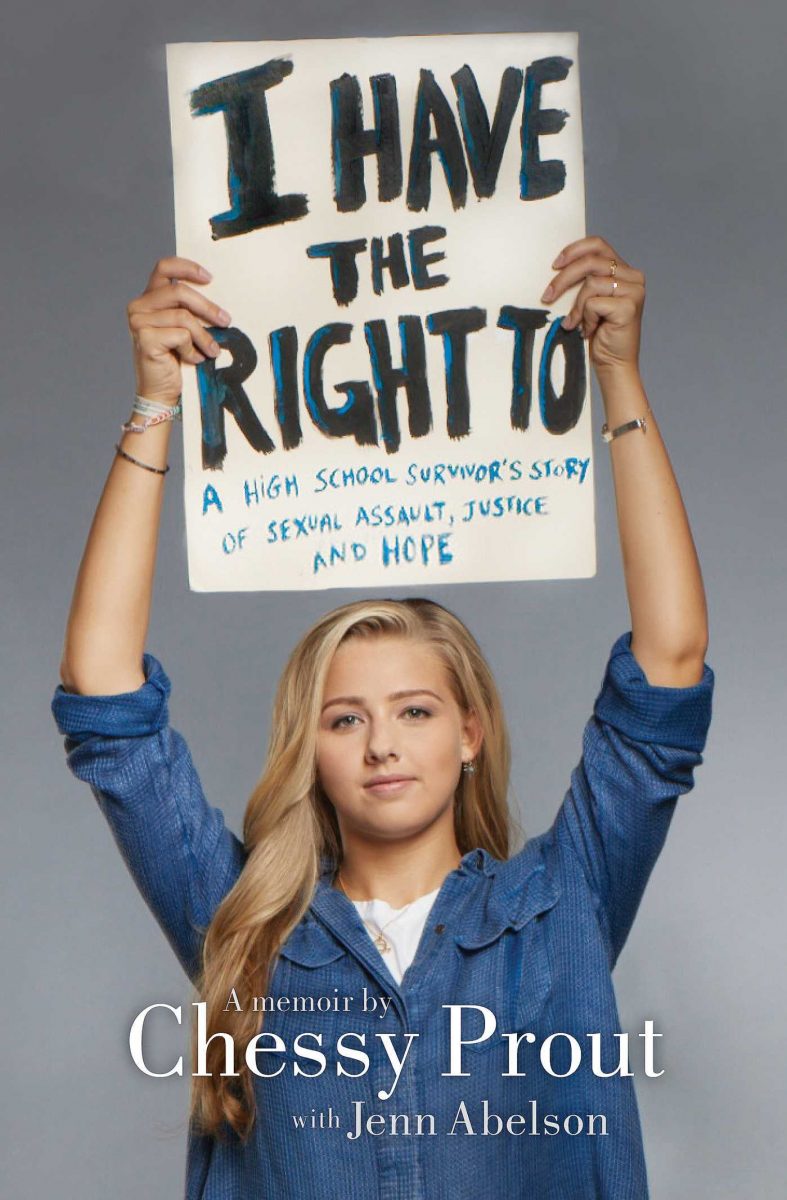 When Chessy Prout was a 15-year-old freshman at a prestigious New Hampshire boarding school, she was sexually assaulted by a fellow student and subsequently became one of the most prominent faces of the movement to end campus rape. Her rapist, graduating senior Owen Labrie, was acquitted on three felony counts, but convicted on three counts of misdemeanor sexual assault, misdemeanor endangering the welfare of a child, and use of a computer to engage a minor in sex (a felony).

Yet it was Prout, not her assailant, who found herself targeted and harassed. The culture at St. Paul’s that allowed these sort of acts ran deep. In a new book detailing her experiences, titled I Have the Right To, Prout describes an environment in which young boys are kings and girls are targets. The assault was part of a long-running (if unofficial, according to the school) tradition called the “Senior Salute,” in which seniors try to “score” with as many underclassman girls as possible. During Labrie’s highly publicized trial, the school petitioned to release Prout’s identity publically, despite her young age, which should have protected her anonymity. Prestigious parents of St. Paul’s raised $100,000 for Labrie’s legal fees. The school seemed only interested in protecting its reputation, at the expense of its most vulnerable students.

I was able to speak with Prout, who is now 19, looking ahead to college while also launching a worldwide campaign for the rights of sexual assault survivors.

TMS: There are a lot of reasons why a survivor of sexual assault might not come forward with their story or press charges against their attacker. For many, they don’t want to have to relive that trauma. You’ve relived your trauma over and over, with pressing charges, then revealing your identity, then writing the book and now a book tour. What has this process been like for you?

There are so many different ways that a survivor can seek justice and healing after trauma and speaking out is not always the most helpful and healing to survivors because we have so many issues with the criminal justice system and a lot of times survivors don’t find support from their families and communities. Speaking out was the right thing to do for me because my name was blasted on the internet. People wrote terrible things about me and my family online and I wanted to reclaim my narrative.

The trauma and aftermath of sexual assault manifests itself in so many different ways. I’ve seen people and met people who have kept silent over the years and who can point out different relationships in their lives or different things in their lives that have been caused, and problems that have been caused, by their trauma that they haven’t dealt with. So it’s something that survivors have to come to terms with and have to get through the trauma and get through the pain. It’s not something we can just ignore. So I’m really tackling that head-on in retelling my story through a book, talking about it with people, and I feel like after this, I’m just excited to become a college student, to study, and learn from other people.

Absolutely. They had a history of covering up abuse for years, since the school was founded in their beginning years in 1942, and that was teacher-on-student abuse. So many children have been suffering at the hands of the rape culture that so thrives at St. Pauls and nobody has felt empowered or been able to speak up or make it as far as I have. So as much as I did feel extremely alone going through this from my community–nobody really supported me publically from the community besides one alumni member who wrote an op-ed in the Hartford Currant, saying he was abused 60 years ago, which was a great message of support to me

But it’s only now that I’ve come forward and that I’ve told my story so publically that people are coming to me and saying, “Thank you for outlining your experience at this school, it’s not a safe place for girls and the same things happened to me there.”

So people are definitely suffering from the sexism and rape culture still, but I guess haven’t felt empowered to speak out.

TMS: When we talk about rape culture, we often talk about this idea of a “perfect victim” and the blame that gets placed on survivors for not doing everything “right.” Everything about your story, from your young age compared to your assailant to getting a rape kit done to contacting authorities, it all fits the mold of what’s considered “right,” and you were still targeted and harassed. What can you say about our perception of victimhood, and if that is maybe changing?

I definitely did take that into consideration when all of this was happening. I didn’t try to change myself to fit any victim mold, and that was something that was important to me. I did change after my assault–I was more careful, I was always hesitant and wary of other people. So I did change.

But I do have the right to wear a bathing suit, to go out with my friends, to have fun, be a normal teenager without having my trauma and pain be trivialized. It’s so unfair for the St. Paul’s school and for other people to put us in the box where we have to be quiet, we have to be hurt, we have to be perfect victims to even be believed in the first place. And I want to help change that, to change the status quo, to show people that we are complex human beings like everyone else. Our pasts, our presents, and our futures don’t dictate or change the pain that we’ve experienced.

TMS: You said the words “I have the right to,” which is the name of your book and also the hashtag and movement you’ve launched. What is your hope for that? Have people been responding to that online?

It was really great to see such a positive response when we first launched the hashtag in 2016. It got a positive response from places all around the world, really. A huge response from South Africa, which was surprising, and from Latin America as well. But I’ve been so encouraged by the #MeToo movement that’s recently caught fire–of course it was started and began in 2005 by Tarana Burke and now is getting the attention it deserves–and the Time’s Up movement. I really hope that #IHaveTheRightTo can be sort of the next rallying call that can help people come together and say “Okay, these are our rights, let’s force our institutions to reinforce them, to hold them accountable for their misconduct and to ensure that every human being is treated with basic dignity and respect.

Do you stand with survivors of sexual assault & violence? Declare your rights by posting a message on social media with #IHaveTheRightTo! pic.twitter.com/p5Wu77Xl72

TMS: We’re at this incredible moment with the Me Too & Time’s Up movements are bringing attention to issues of sexual abuse, and at the same time there’s a surge of young activists making their voices heard. You seem to be right at the center of that, so what is this moment like for you and where do you see all this going?

It is so encouraging to see all of these kids, kids my age and younger finding our voices and being able to speak out and having our voices be heard and being told that our opinions matter, which is really awesome and empowering. And it’s been encouraging to see more and more people become more and more engaged in everyday issues that may not affect them personally, but the people around them or their family members. So I’m hoping that that can lead to real, real cultural change–real cultural change, real change in our government, real change in our laws, the way that we view victims and survivors, the way that we treat other human beings.

And I guess that’s what I want to study in college, is how to create a more comprehensive system of either sex education or comprehensive care for even perpetrators who need psychological care after committing these crimes because otherwise they, I don’t know, they won’t be treated for problems that they have as well.

I Have the Right to is available in stores and online now. If you’re an audiobook person, I can say from personal experience that the audio version of this book, which is read by Chessy herself, is phenomenal.