Charlize Theron IS Furiosa. We Don't Need a Younger Actress | The Mary Sue

Charlize Theron IS Furiosa. We Don’t Need a Younger Actress. 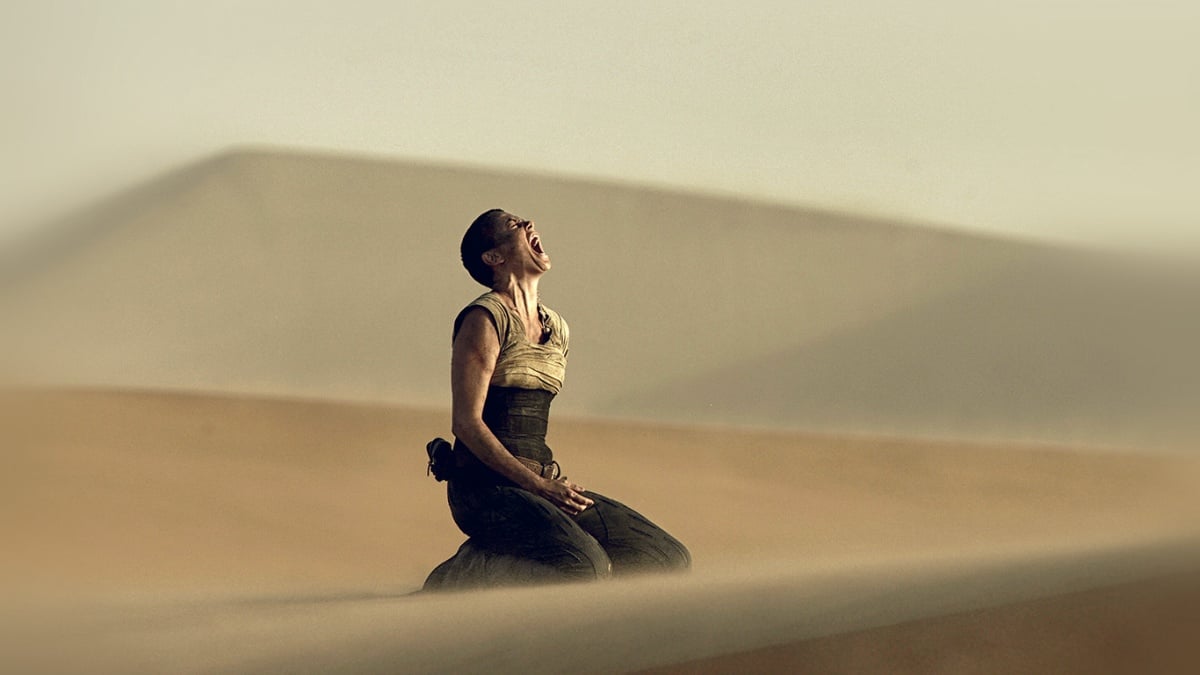 George Miller is working on a prequel to his 2015 hit film Mad Max: Fury Road, which is meant to be a Furiosa-focused prequel. As a result, he is looking for a young actress in her 20s to play the role that Charlize Theron made iconic. Consider the amount of CGI work that has gone into making much older actresses than Theron look young enough to play films—I, and Theron herself, are heartbroken about this development.

During an interview with The Hollywood Reporter for her upcoming film, the South African actress discussed what the role meant to her, especially after dealing with a flop in that same genre:

A lot of women don’t get a second chance, but when men make these movies and fail miserably, they get chance after chance after chance to go and explore that again. That doesn’t necessarily happen for women. Fury Road came a good decade after Æon Flux, and there’s always been that voice in the back of my head that still somewhat responds to that. I’m still influenced by that, and it’s one thing that drives me. It’s unfortunate that we feel like the opportunity will be taken away from us in a heartbeat if we don’t succeed, but that is the truth. It’s not a very forgiving genre when it comes to women.

I remember being in theaters to see Fury Road and being instantly sucked in when Theron came onscreen. She was excellent and so different from what I’ve come to expect. There was glamour to the role. Theron’s Furiosa felt hardened by life, and to have her story be all about saving these women just added to it.

There is no need for a Furiosa prequel anyway, especially since there are so many assault implications of that world, but we especially don’t need one that removes the actress who helped make that role special.

“It’s a tough one to swallow. Listen, I fully respect George, if not more so in the aftermath of making Fury Road with him. He’s a master, and I wish him nothing but the best, “ Theron admits. “Yeah, it’s a little heartbreaking, for sure. I really love that character, and I’m so grateful that I had a small part in creating her. She will forever be someone I think of and reflect on fondly. Obviously, I would love to see that story continue, and if he feels like he has to go about it this way, then I trust him in that manner. We get so hung up on the smaller details that we forget the thing that we emotionally tap into has nothing to do with that minute thing that we’re focusing on.”

It is just so unfair. Just being totally shallow about it, Charlize maybe 44 years old, but she looks amazing. Plus, this is a dystopian world where she had a rough life; the character doesn’t need to look like a smooth, baby-faced 20-something. Also, we want more older actresses in these roles.

I want to be able to look at an actor playing an assassin or warrior to feel like when they fight they are pulling from experience. Theron has gone on since to play some great physical parts, and I just don’t want to see her pushed aside for a younger person just because.

What do you think? Are you willing to suspend disbelief that Charlize is not actually 24 years old so she could be in a Furiosa prequel?