The Charlie’s Angels films are beloved gems of the action genre. An adaptation of the classic TV series pitched by producing partners Drew Barrymore and Nancy Juvonen, the film series brought together Drew Barrymore, Cameron Diaz, and Lucy Liu as a crime-fighting trio of best friends. Avid fans of the film series or film trivia in general are aware of the rumors that have circulated for years that Bill Murray, the first film’s Bosley, did not get along with Lucy Liu, which led to him being replaced for the film’s sequel (Charlie’s Angels: Full Throttle) by the late, great Bernie Mac.

The reports detailing what exactly happened have varied, but recently, a viral tweet prompted a former crew member to speak up and provide their account of what happened on set. The viral tweet in question contained a screenshot of an article about the incident, alleging that Murray had interrupted a take to insult Liu’s acting, to which Liu supposedly responded by attempting to physically fight back before the two were separated.

The crew member who came forward in response to this tweet, Shaun O’Banion, is credited on IMDB as a production assistant on the film. O’Banion now works as a producer and runs his own production company. O’Banion tweeted the following:

Basically, Murray rewrote a bunch of scenes without telling anyone (including Drew who was a producer). He put the new pages in everyone’s trailers & everyone came to set wondering where the hell the new pages had come from. Murray was the last to step on stage and by that (1?)

(2?) time there was already mass confusion. McG (director) was pissed that no one had consulted him. The AD’s were also pissed. Drew’s producing partner came in and Murray was like, “what’s going on?” McG was like, “did you get new pages in your trailer?” And Murray was like,

(3?) “No. But I put new pages in everyone else’s trailer.” Drew and her partner were pretty upset by this. Murray was like, “I’m making it better, ok? You’ve got, like, 16 writers on this thing…” and Lucy spoke up, saying something like, “this is way out of line.” Murray turned

(4/?) and said, I don’t know what you’re complaining about. I have you more lines. I mean… look who you’re in with here. You’re TV… and this is the big league.” At that point Lucy shouted, “Fuck you, you fucking cocksucker!” And the AD’s promptly cleared the stage as Lucy ran

(5/?) off the stage crying. Cameron was trying to be the peacekeeper and protect Drew as the AD’s cleared the stage. Of course all of us in production had to stay inside to keep people out. I love Bill Murray (and had worked with him before), but what he said to her was totally

(6/6) uncalled for. Really belittling and shitty. This was pretty early in the process too, and the crew already really liked Lucy (and Cameron and Drew). Anyway. No punches were thrown. At least not physically. He later apologized though not entirely sincerely imho.

The differences in O’Banion’s account from the general narrative that had been floating around beforehand reveal many of the same harmful dynamics that have been increasingly exposed in Hollywood misconduct.

Far too often, those who stand up for themselves or come forward to expose misconduct and discrimination in the workplace, general toxicity, or even the more extreme cases of things like sexual harassment, coercion, or assault are not protected by the corporate infrastructures of Hollywood. They’re often labeled “difficult,” with the stories told about such incidents painting them as the villains.

This happens with everything from interpersonal and professional issues to harassment and assault. Multiple actresses that came forward against Harvey Weinstein were discovered to have had their careers sabotaged by him. Peter Jackson came forward after Harvey Weinstein was exposed for sexual harassment and assault, to say that Ashley Judd and Mira Sorvino had both been in the running in the late 1990s for the Lord of the Rings trilogy. Jackson further claims to have been discouraged from working with the actresses by Miramax Films. Both Judd and Sorvino were some of the first actresses to come forward with allegations against Weinstein.

When the people who refuse to put up with misconduct in the industry—or the world at large—are from marginalized groups (women, BIPOC, LGBT+, etc.), the risks of being negatively impacted by the retaliatory tendencies of the status quo are even greater. When John Boyega gave an impassioned speech at a Black Lives Matter rally in London’s Hyde Park, he outright acknowledged the professional risks of making a public declaration against institutionalized racism and police brutality: “I’m speaking to you from my heart. Look, I don’t know if I’m going to have a career after this, but fuck that.”

At the time of filming Charlie’s Angels, Lucy Liu was mostly known for her work on television, with main cast billing on a one-season sitcom called Pearl before a significant run as Chinese-American lawyer Ling Woo on Ally McBeal. Bill Murray, on the other hand, was already a well-established performer in Hollywood, from his 1977–1980 tenure on Saturday Night Live, after which he began a successful film career. That power imbalance made it dangerous for Liu to stand up for herself at all, with the public narrative about the incident unsurprisingly making Liu look bad.

It’s disturbing to have heard, for the last twenty years, a narrative of Lucy Liu retaliating against a rude and unprofessional costar with physical violence, only to have someone who was working on set during this incident claim that Murray’s unprofessional behavior was even worse than what had originally been rumored, and that the incident actually ended with Liu running away crying.

The filmmaking process is collaborative. It’s not unheard of for actors to provide input on how their character should be or adjust lines through discussions with the director. However, going over the heads of your bosses to force a rewrite without communicating with the director, producers, or your costars is the antithesis of collaboration. It is symptomatic of an unchecked ego run amok.

A different Charlie’s Angels actor provides a perfect example of providing input to change something through collaboration and effective communication. Actor Crispin Glover appeared in both Charlie’s Angels and Charlie’s Angels: Full Throttle as the Thin Man. Glover has shared in interviews how he felt that the original dialogue for the character was terrible and needless exposition. He pitched to McG that the character should instead be silent, and McG agreed with his suggestion.

If Lucy Liu didn’t already have her costars—one of whom was also a main producer of the film—the director, and the rest of the crew on her side, this experience could have easily escalated into another case of an innocent person being retaliated against professionally to the point of significant career derailment. Charlie’s Angels is now regarded as the stylish, trailblazing classic that it should be. All three of the lead actresses are still friends and even had a reunion in 2020, on Drew Barrymore’s inaugural episode of her talk show.

Fortunately for Liu and all of her adoring fans, after Charlie’s Angels, she went on to appear in more films, television series, and is set to appear as the villain Kalypso in the upcoming DCEU film Shazam! Fury of the Gods. Still, it is important for people to continue to be proactive in condemning misconduct and toxicity in the workplace, to not buy into smear campaigns against talent who come forward about it, and for the industry to put forth meaningful changes in their infrastructure to encourage more harmonious work environments.

Drew Barrymore and Nancy Juvonen standing up for their talent and replacing Bill Murray for the sequel is exactly what the industry needs more of. We also need more people like Shaun O’Banion to come forward and give an honest account of professional misconduct, especially when it is perpetuated by people established enough in the industry to think they can get away with it without any repercussions. 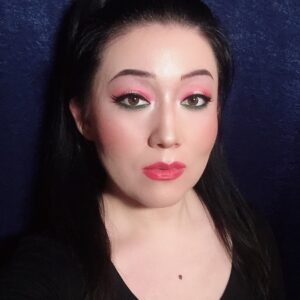 Jenevia (AKA 'LadyJenevia') is a Japanese video essayist and host who as a kid had every piece of Legolas merch she could find. She is still waiting for Lucy Liu, Drew, and Cameron D to complete the Charlie's Angels trilogy. Other current favourites of hers include Zack Snyder and Guy Ritchie films, Amélie, Miyazaki, musicals, and uplifting creative authenticity over 'movies made by a committee.'