Chadwick Boseman: Marvel Is Smarter Than You Think They Are | The Mary Sue

Chadwick Boseman: Marvel Is “Smarter Than You Think They Are”

From your lips to Feige's ears, Chad. 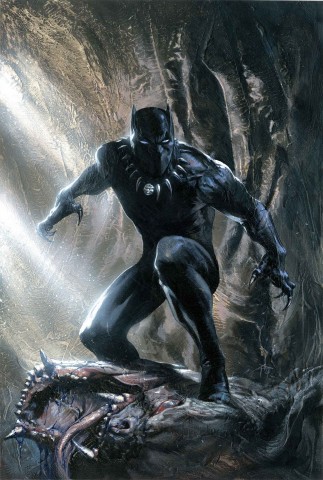 Listen: I need something to get me through the cold months between now and the first appearance of T’Challa in Captain America: Civil War, so I’m going to continue posting just as many relevant Chadwick Boseman interviews and corresponding GIFs as I so please. Capiche? Good.

In a recent interview with Entertainment Weekly, Boseman talked about his history as a comic book nerd (“I definitely read comic books, but this particular character was not someone that I knew very well until the last 10 years or so […] once you get into the film business, though, you start thinking about things that would be really cool to do, and then I fell in love”)  and his brief audition process (“not even a month”). He also assured fans that, despite its historic lack of diversity, he trusts Marvel’s deliberate plans for its Cinematic Universe:

It’s the right time for the character to emerge and to have his own life, so I’m really, really excited for it. And I just feel it can be done the right way right now […] I can’t talk too much about it—the only thing I can say is that they are smarter than you think they are […] They have a lot of it figured out. This is the part where I have to be quiet.

The 42 star also spoke about his ambitions as a director and writer:

Yeah, I just sold a pitch to Universal for something that I am writing. They won’t let me tell you about it right now. Whether or not I direct that, or act in it remains to be seen. But being a complete artist is what I’m interested in. I haven’t given up that idea. For me, being complete artist means not necessarily just being in front of the camera, but being behind the camera or being the originator or creator of something.

As for the Black Panther script: “All of that is being come up with right now. How do they say that: My pay grade doesn’t reach that high.”