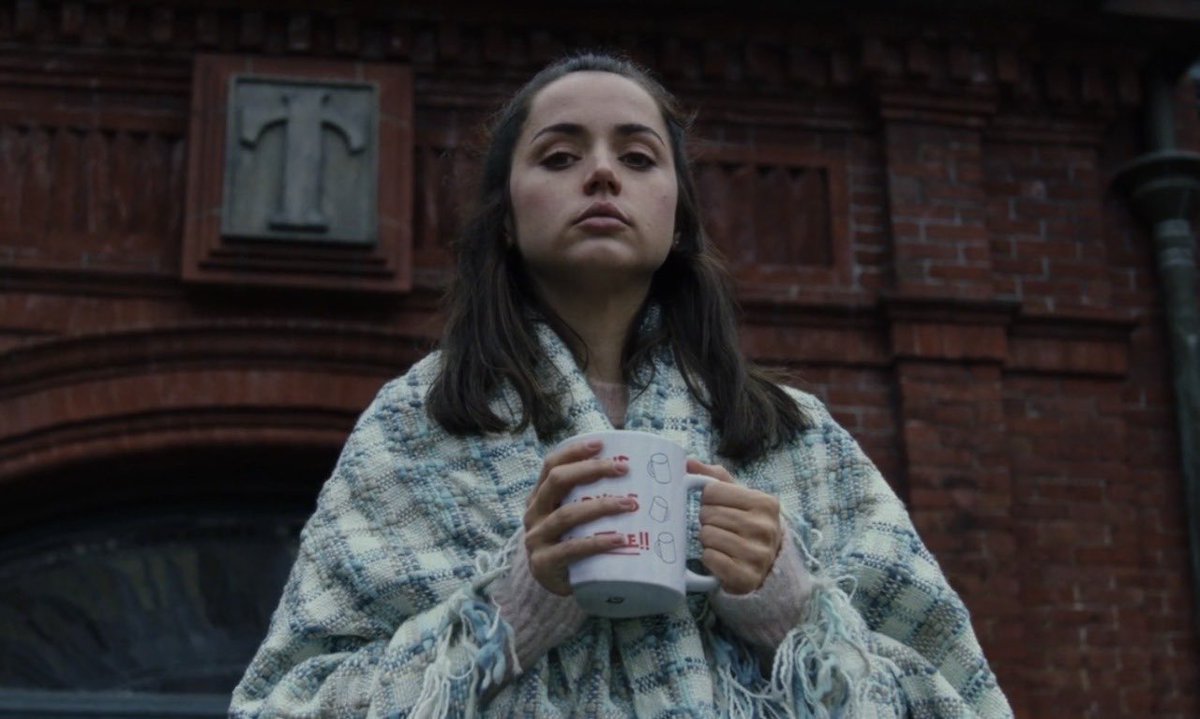 I am absolutely fascinated by celebrity update Twitter accounts right now—just accounts that share with fans what is happening in the lives of the celebrities we know and love. But now, that straightforward idea of “news” has turned into calling out their faves for doing things that are less than great, but doing so complete with pictures of them out and about.

The first to really come into the news was the Ana de Armas updates account. Often calling out de Armas for not wearing a mask or for dating Ben Affleck, the account got popular because Ana de Armas blocked it. There is kind of this unspoken rule on Twitter that, basically, fan accounts are going to exist, they’re going to say things, and we just have to ignore them most of the time.

Ana de Armas clearly didn’t want to just ignore the update account and took a step in blocking it.

Then, the official account for Knives Out recently took it one step further and also blocked the Ana de Armas update account and made a show of it.

It started with Ana de Armas updates tweeting about the block.

The official Knives Out film twitter has released a statement: pic.twitter.com/EfC1KMlCHQ

Then, the two went back and forth with each other until, finally, the official Knives Out account unblocked Ana de Armas Updates, and their friendship returned.

imagine not being able to read @Ana_d_Armas‘s tweets 😂😂😂

BREAKING: The official twitter account for the Academy Award nominated film, Knives Out, has unblocked us! pic.twitter.com/9JKjsm1pNG

It even got to the point where Knives Out writer/director Rian Johnson chimed in about the situation.

I don’t know what’s happening but I am entertained

The thing is … These fan accounts have been hilarious. Not only have they been “updating” us on what their faves are doing, but they’re doing so by giving us commentary, as well—meaning if their fave is doing something foolish in the midst of a pandemic, they’re making sure we know they’re not happy about it.

Yes, it started with the Ana de Armas Update account continually calling out Ben Affleck and de Armas for the mask situation with tweets like this:

Ana de Armas stuns on the streets of Los Angeles while maskless as usual during her dog walk routine. (July 1, 2020) pic.twitter.com/nSEdtppZUK

In a surprising turn of events, Ana de Armas & Ben Affleck decided it was time to put on their face masks again while outside. (July 1, 2020) pic.twitter.com/m16XIAmWzc

Ana de Armas Updates is joined by many accounts for celebrities out there.

There is Timothée Chalamet Fans:

Timothée Chalamet and Eiza Gonzalez vacationing in Mexico in the midst of a global pandemic! pic.twitter.com/JAAlvKAHsJ

🎥 | Sebastian Stan hiding 6 feet from the camera instead of 6 feet from people because the virus doesn’t exist for celebrities! via thereallukeevans pic.twitter.com/n0vBu5gTnT

📸 | Sebastian during the pandemic pic.twitter.com/Lqdj6FnvHI

It’s honestly kind of fun. Look, I get it. There are probably times when all of us run outside and know we won’t see anyone else, so we don’t have a mask on, but we’re not celebrities getting photographed by paparazzi and setting examples for our fans.

Right now, it’s important to wear a mask and stay home, and seeing these fan accounts holding their faves accountable is … kind of inspiring. Not going to lie, though: I would take the sequel to Knives Out being the mystery of the account blocking and then unblocking Ana de Armas Updates. Rian Johnson can call it Knife Block.