Celebrity Fan Film of 'The Princess Bride' | The Mary Sue

Celebrities Created a Homemade Fan Film of The Princess Bride! … For Quibi? 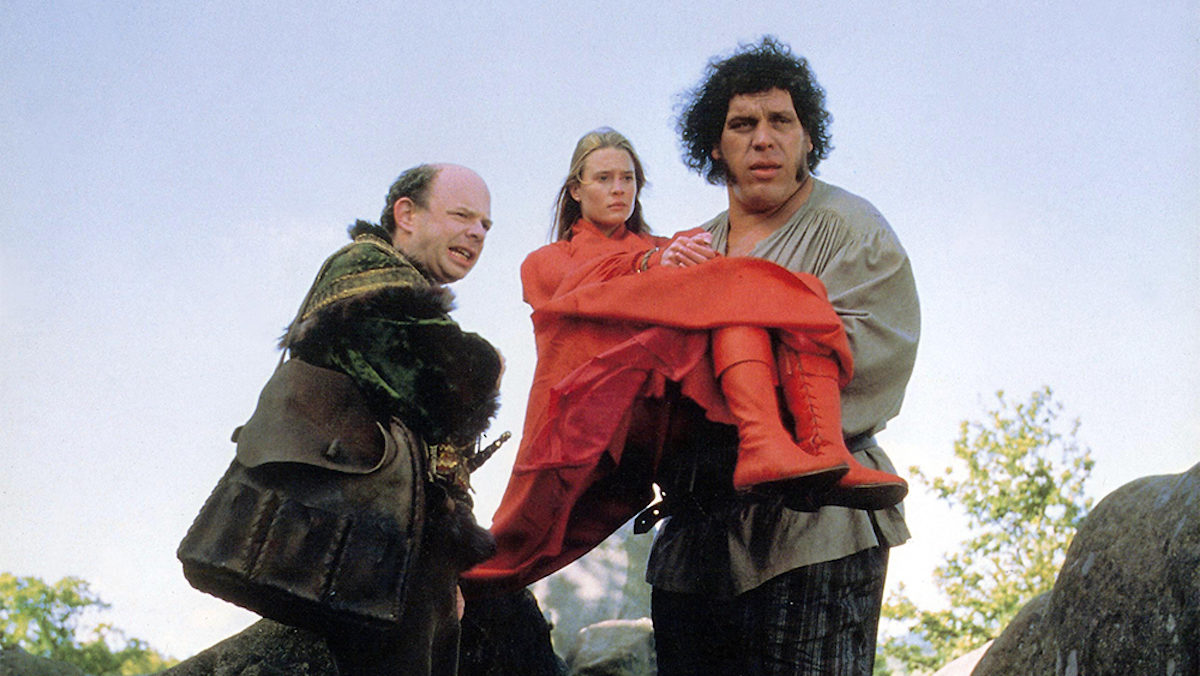 I guess everyone needs a hobby during quarantine, and when you’re a celebrity with lots of time on your hands, a good camera and maybe a famous spouse or cute digs, you use that time to … recreate The Princess Bride? And then put it on … Quibi?

Yes, indeed. Tens of famous names worked together for months on the secret project, which was the brainchild of filmmaker Jason Reitman. Reitman told Vanity Fair:

“I just thought, can we remake an entire movie at home? And I had seen that a fan-made Star Wars had been done. I just started reaching out to actors I knew, saying, ‘Is this something you’d want to do?’ And the response was kind of immediate and fast. It was like, ‘Oh—that sounds like fun.”

Turns out, he could. And he got a whole bunch of famous friends in on the game, including: Jennifer Garner, Tiffany Haddish, Common, Josh Gad, Neil Patrick Harris, Hugh Jackman, Diego Luna, Jack Black, Nicholas Braun, Brandon Routh, Courtney Ford, Don Johnson, Andy Serkis, Elijah Wood, Beanie Feldstein, Dave Bautista, Joe Jonas, Sophie Turner, Zazie Beetz and many more. Oh, and some director you might have heard of named Rob Reiner shows up as the Grandfather.

Reiner, the original director, obviously supports the project, and why not? It’s a very fun idea and a perfect movie to do this with. There are many actors playing each part, and many of the couples scenes were recreated by real couples in quarantine together, like Haddish and Common, or Leslie Bibb and Sam Rockwell, who apparently used their dog as the horse in the first scene between Westley and Buttercup.

This was also done for a good cause. Reitman started this as a fundrasier for World Central Kitchen, and when  Jeffrey Katzenberg heard about the idea he jumped in and Quibi made a $1 million donation, which will go to helping keep restaurants afloat by funding them to provide meals to those in need.

And that awesome thing brings us back to the potentially less awesome aspect here. The only place you can see this homemade film will be on Quibi. Yup. The footage will drop with daily quick bites (we really should call them “quibbles”) for two weeks starting on Monday.

But hey, maybe this will finally be the thing that makes people want to watch something on Quibi! It sounds like an awesome project. The two clips available on Vanity Fair’s site are great (although we can’t share or embed them anywhere because they are quibbles) and this whole project is an extremely fun idea that honors a great movie and does some good in the world.

So, will this be enough to get you to give Quibi a try, or will you wait until it inevitably ends up on YouTube?