Celebrities Want You to Vote, and You Should Vote 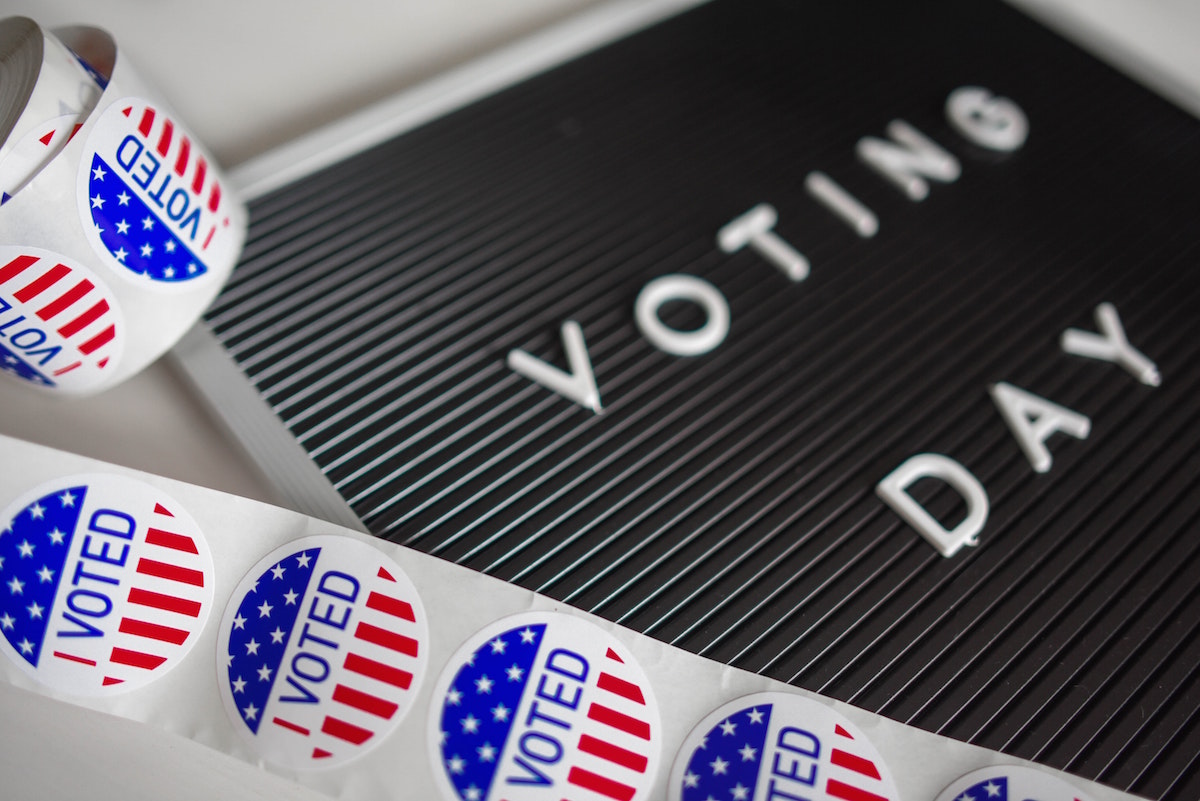 Sure, lots of people joke about celebrities incessantly reminding us all to vote, but at the end of the day, they’re getting people to go to the polls who might not go otherwise. Taylor Swift sharing your picture with your “I voted” sticker is an incentive to go out to make your voice heard.

So these celebrities have been actively working in recent days to make sure they get people out to vote, to try to fix whatever is happening in the government currently. It’s important to make sure we do our civic duty!

Patricia Arquette has always been vocal about her hatred of the president and his ideals. So for this election day, she wants her fans to go out and make sure their voices are heard.

You are the damned poll. Do your part.

But she isn’t the only Arquette! Rosanna also voiced her opinions on the election and how we have to take a stand.

I love our country and what it once stood for ,don’t let white supremacy and a Nazi nationalist dictatorship destroy our democracy. don’t allow hatred ,cruelty and racism take us down a road we will never come back from #VoteBlueToSaveAmerica

As always, Mark Ruffalo wants us to get out there and vote.

24 years until Jamarcus Hill can run for president, so for now we’ll have to settle for voting so we can ensure kids like him have the brightest future possible. #BeMyVoice #ElectionDay pic.twitter.com/s4tojEGxdu

While he is in Georgia for work, Michael B. Jordan went out canvassing.

I know some of you think your vote doesn’t matter, but your vote can help elect officials who can make a difference on police brutality, criminal justice reform, and racial justice. We have to do everything in our power to get our friends and families out to vote next Tuesday, November 6th. That’s why I’ve been making surprise visits to Black voters doors with @VotingWhileBlack in Georgia. Text VOTE to 225568 and I’ll hit you up with a text to tell you more about how you can join me ✊🏾#VotingWhileBlack

Some celebrities, like Yara Shahidi, used their platform to get people excited about voting, constantly posting videos leading up to the election to get her fans and followers ready!

4 days until midterm elections dance ✨ Let’s show up in any and every way possible (shout out to all of the early voters) and remember that we vote for not only ourselves, but for “all of our sons and daughters” and every layer & intersection of identity ✨ we vote for each other 🗳#wevotenext

Rihanna put her support behind Andrew Gillum of Florida, who would be the first black governor for the state!

FLORIDA: You have the opportunity to make history this election. The US has only had four black Governors in its entire history, and we can help make #AndrewGillum the next one and Florida’s first! If you’re tired of feeling like you don’t matter in the political process, know the most important thing you can do in supporting a candidate is finding someone who will take on critical issues such as: making minimum wage a livable wage, paying teachers what their worth, ensuring criminal justice reform, making healthcare a right, and repealing Stand Your Ground. That’s a platform we MUST support. Let’s #bringithome, Florida. Vote @andrewgillum. And VOTE YES on Amendment 4 to restore voting rights to folks who have already paid their debt to society. VOTE on November 6th!

And even artists like Taylor Swift, who didn’t really talk about politics before, are encouraging their fans to share pictures after they vote to get people out to the polls!

I’m writing this post about the upcoming midterm elections on November 6th, in which I’ll be voting in the state of Tennessee. In the past I’ve been reluctant to publicly voice my political opinions, but due to several events in my life and in the world in the past two years, I feel very differently about that now. I always have and always will cast my vote based on which candidate will protect and fight for the human rights I believe we all deserve in this country. I believe in the fight for LGBTQ rights, and that any form of discrimination based on sexual orientation or gender is WRONG. I believe that the systemic racism we still see in this country towards people of color is terrifying, sickening and prevalent. I cannot vote for someone who will not be willing to fight for dignity for ALL Americans, no matter their skin color, gender or who they love. Running for Senate in the state of Tennessee is a woman named Marsha Blackburn. As much as I have in the past and would like to continue voting for women in office, I cannot support Marsha Blackburn. Her voting record in Congress appalls and terrifies me. She voted against equal pay for women. She voted against the Reauthorization of the Violence Against Women Act, which attempts to protect women from domestic violence, stalking, and date rape. She believes businesses have a right to refuse service to gay couples. She also believes they should not have the right to marry. These are not MY Tennessee values. I will be voting for Phil Bredesen for Senate and Jim Cooper for House of Representatives. Please, please educate yourself on the candidates running in your state and vote based on who most closely represents your values. For a lot of us, we may never find a candidate or party with whom we agree 100% on every issue, but we have to vote anyway. So many intelligent, thoughtful, self-possessed people have turned 18 in the past two years and now have the right and privilege to make their vote count. But first you need to register, which is quick and easy to do. October 9th is the LAST DAY to register to vote in the state of TN. Go to vote.org and you can find all the info. Happy Voting! 🗳😃🌈

Beyoncé also backed Beto so like…all the cool kids are voting for Beto.

Brie Larson also continues to be Carol Danvers, wanting us to vote for our lives.

If you haven’t voted, you still have time. You can go out, get in line, and make sure to stay in line until you vote!