Celebrate the 4th of July by Staying in and Watching Hamilton

Make your living room the room where it happens. 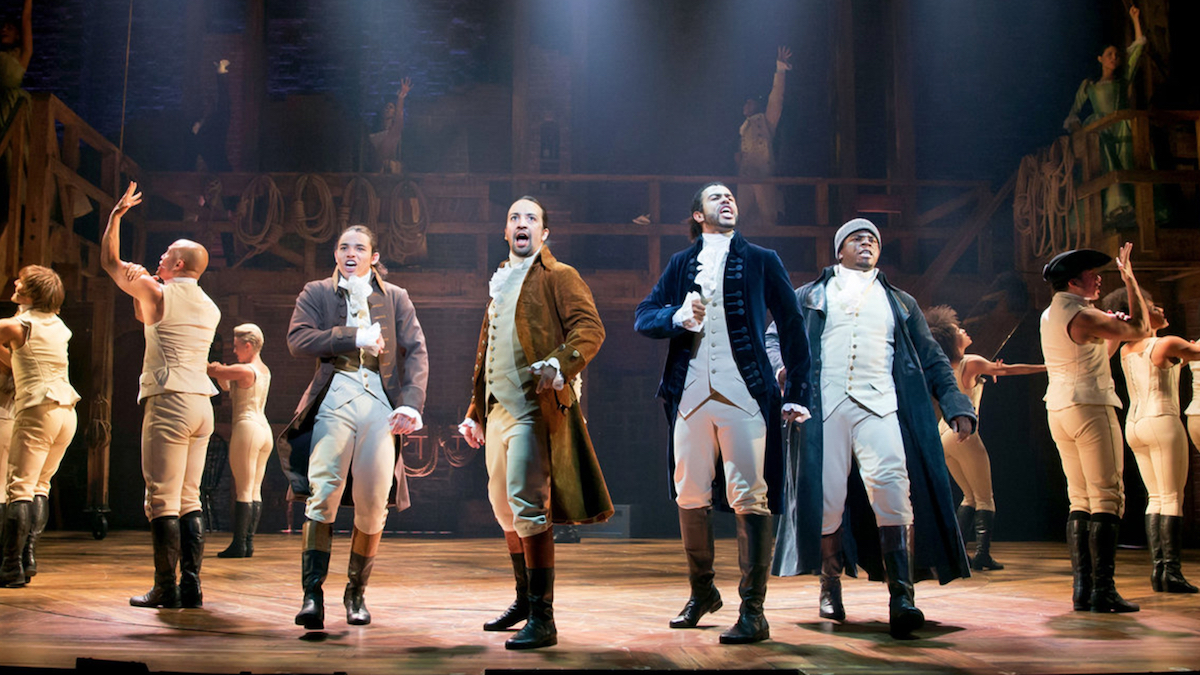 It’s Independence Day today, but many Americans are struggling to feel the patriotism that defines this holiday. And it’s understandable. We are living in tumultuous times, between the pandemic, the economic collapse, the racial justice protests, and our monstrous president, our country has never been more divided.

Also, the 4th of July is traditionally a social holiday, where we gather with friends and family for barbecues, parties, and in large crowds to watch sports and fireworks. All of which can be considered super-spreader events for the coronavirus. So what’s an American to do?

The answer is simple: stay inside and stream Hamilton on Disney+. Obviously, you know that the writers for this site are mostly Hamilton nerds so we’re biased. But believe me when I say that you do not want to miss one of the most stirring, bombastic, and thoroughly enjoyable streaming experiences.

As someone whose own Hamilton tickets were canceled due to the pandemic, I was thrilled to be able to watch the film of the play. But would it hold up to the live theatrical experience? Obviously nothing can compare to live theater, and previously filmed shows have been unimpressive.

When I think of plays on film, I’m instantly brought back to high school English class, sitting in the dark watching the old TV on the rolling stand. There we would watch a poorly lit, ancient production of a play filmed from one camera angle, the dialogue garbled and hard to hear. It was a Xerox copy of theater, with all the vibrancy and immediacy expunged.

Hamilton however, is thankfully not that. With multiple cameras, dynamic directing and editing, Lin-Manuel Miranda’s already iconic stage show is brought to vivid life. The story of the “ten dollar founding father” Alexander Hamilton and the birth of our nation was an instant smash on Broadway, winning 11 Tonys and making stars of its cast.

The film artfully captures the modern musical while giving viewers a front row seat to the show. From the sweat on the brows of the performers to Jonathan Groff’s spittle-flying take on King George, the film captures the moments large and small that define the play. Credit Thomas Kail, who directed the film and the musical (as well as Fosse/Verdon) for merging the best aspects of both mediums. Filmed both in front of a live audience and in an empty theater (to allow the use of dollies, crane shots, and other audience-disrupting filmmaking techniques), the film effortlessly translates the high energy production to film.

Wide shots allow viewers to take in the choreography and the stripped down sets, while close-ups let us see the facial expressions often missed from the balcony. The viewing experience is more akin to a concert film than live theater, and matches the breakneck rhythm of the play as it runs through the rise and fall of Alexander Hamilton.

Hamilton is a uniquely American story, told through a modern lens by an American creator. Both the history and the musical are evidence of the extraordinary things we can achieve, despite our flaws. I can think of nothing more American than staying hopping on a Disney Plus party and enjoying a virtual singalong hang from the safety and comfort of your own home.

And at $6.99, this is by far the most affordable version of Hamilton we’re ever going to get. So grab a beer, grill a hot dog, and do not throw away your shot.