If you live in one of 14 U.S. Cities, there may be a FREE SCREENING in your future! 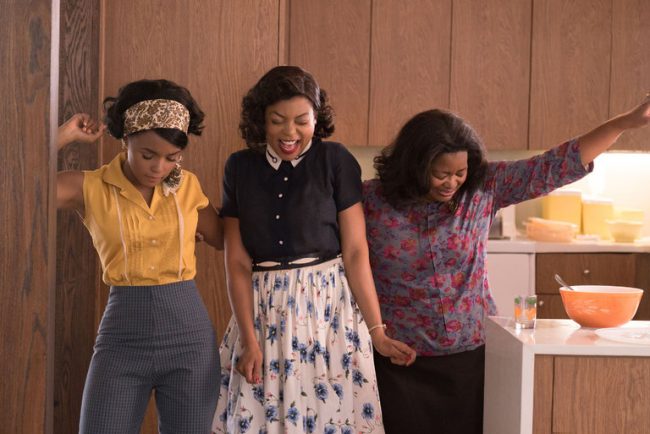 Not only was Hidden Figures a solid biopic with some lovely performances (Taraji P. Henson is basically always amazing), but it told a story in desperate need of telling. Now, in honor of Black History Month, 21st Century Fox and AMC Theatres are joining forces to provide FREE SCREENINGS of the film!

There are two ways in which you can take advantage of this special offering:

The folks at 21st Century are not only thrilled that this film has been such a success, but are thrilled to see its impact beyond the box office. Liba Rubenstein, 21st Century Fox’s SVP of Social Impact said, “As we celebrate Black History Month and look ahead to Women’s History Month in March, this story of empowerment and perseverance is more relevant than ever. We at 21CF were inspired by the grassroots movement to bring this film to audiences that wouldn’t otherwise be able to see it – audiences that might include future innovators and barrier-breakers – and we wanted to support and extend that movement.”

Meanwhile, AMC is equally excited to get this film out to more people. Elizabeth Frank, their EVP and Chief Content & Programming Officer, said that “The storytelling and message that Hidden Figures carries is endearing and inspiring, and based on the remarkable community support this movie has received, we have witnessed first-hand the powerful impact it is having on audiences. We’re honored to partner with Fox to help further the reach of this message to moviegoers across the country.”

If you haven’t yet seen the film, check it out if one of these free screening opportunities is happening where you live! Or, if you don’t live in any of those (or have an organizer streak in you), connect with a local group you’re a part of, and see if you can’t wrangle a screening for them! It’s worth it. Promise.