Yes, Henry Cavill Has a Man of Steel Sequel on the Way

Man of Steel 2: Even Steelier. 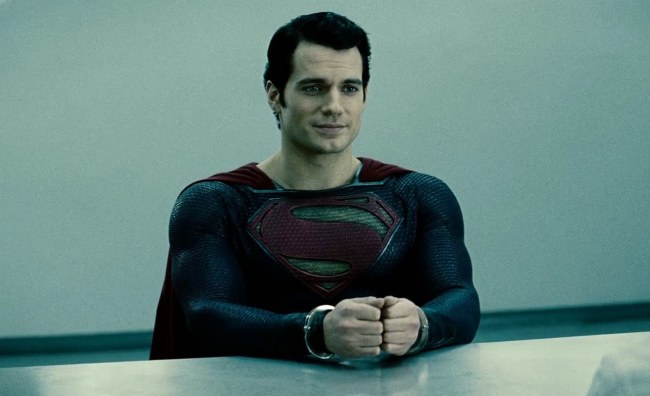 We already know that Superman will, indeed, show up in the Justice League movie following his ambiguous fate at the end of Batman v Superman—not just because that’s how comic book heroes work, but because we’ve even seen a close-up shot of his new costume at this point. What we didn’t know was whether or not another standalone Superman movie was part of the plan.

Now, with confirmation from Cavill’s management, we know that there is a Man of Steel sequel in the works for some point in the future after Justice League, though that’s about all we know. Dany Garcia—whose talent management company, The Garcia Companies, manages Cavill—recently spoke to Newsweek about the Superman actor and casually mentioned that another solo Superman movie was on the way.

Garcia said, “Henry has a big appetite. We’ve been in a five-month period of time where he’s re-strategizing, acquiring property [for his production company Promethean], he’s filming [Justice League] now, he’s in development for the Superman standalone … he’s beginning to expand that world.”

I haven’t been a huge fan of the current DC movie Superman, but that’s not really Cavill’s fault. Maybe by the time this movie rolls around, the DC movie universe will have undergone enough of an evolution that Superman will feel more like the symbol of goodness and hope that we’d like to see.

(via GeekTyrant, image via Warner Bros.)