Cats Are Too Rude for Science to Study 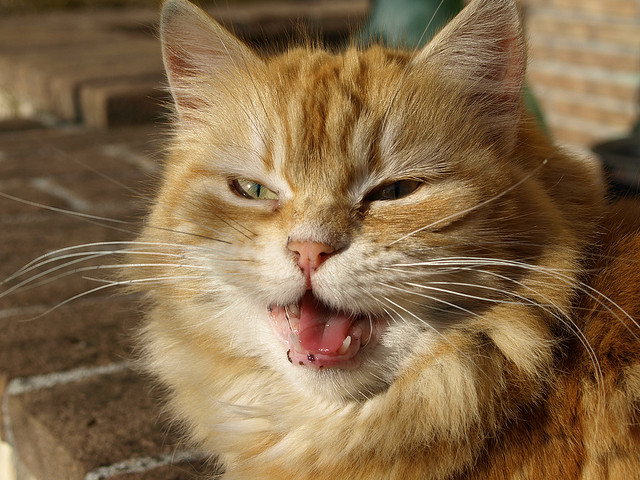 Many cat owners suspect their feline companions of being secret geniuses—how else does one explain Snowball’s innate superiority complex? But apparently, researchers haven’t been able to appropriately examine kitty IQ yet, because cats are just not having it with this science thing.

David Grimm is the author of the recently-released book Citizen Canine: Our Evolving Relationship With Cats and Dogs (I’m not clear if the title is intended to be a Citizen Kane pun. I hope so.) In an article he wrote for Slate,Grimm says he tried to feature cats in the book’s chapter on pet intelligence but found there were no applicable studies to draw from.

Puzzled by the disparity between the amount of research done on dog intelligence and the lack of cat conclusions, Grimm hunted  through the annals of scientific history until he was “given the name of one man who might, just might, have done a study on cats.”

The name in question was Christian Agrillo, but the comparative psychologist warned Grimm, “It’s easier to work with fish than cats.” (I’m assuming that’s a huge burn on cats.) Agrillo attempted to test for cats’ numerical competency (the ability to differentiate between small and large quantities), but an  experiment that went smoothly with monkeys and birds was a fiasco when applied to felines. Here’s Grimm’s description of Agrillo’s struggles:

When owners brought their cats over, most of the felines freaked out. Even the docile ones displayed little interest in the test. Ultimately, Agrillo wound up with just four cats—and even they were a pain to work with. “Very often, they didn’t participate in the experiment or they walked in the wrong direction,” he told me. “It was really difficult to have a good trial each day.”

Agrillo wasn’t the only scientist who dared interrupt grooming time with his silly human curiosity. Grimm also spoke with Ádám Miklósi, an expert in animal cognition. Miklósi is a “cat lover,” but he does most of his work with dogs, saying, “We did one study on cats—and that was enough!”

Okay, cats: the jig is up. I’m starting to think maybe your sassiness is just a front. Do you have the same possible abstract thought capabilities or capacity to learn language as dogs? Then stop giving me side-eyes and prove it, pussy.