Biologist Determines Your Cat Just Thinks Of You As Another Large, Clumsy Cat 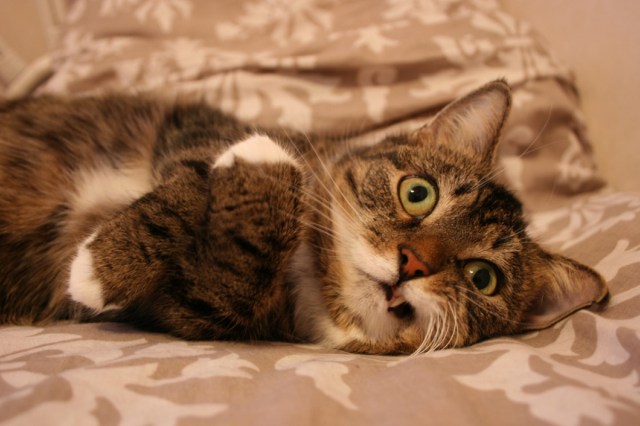 Cats are majestic, graceful, adorable assholes. They sit around all day disdainfully, while you feed and clean them. The cat-human relationship is complicated and delicate; but, as it turns out, your cat doesn’t think of your relationship that way at all. Instead, they just think of you as a large, boring cat who exists to take care of their needs.

British biologist (or “anthrozoologist,” according to his website) Dr. John Bradshaw has just published a book called Cat Sense, where he reveals his findings from over thirty years of studying cats. Despite perhaps not getting out a lot, Bradshaw has published some interested feline observations in his new book; for example, the fact that cats tend to think of humans as “larger, non-hostile” cats, instead of as another species.

Bradshaw writes that cats have remained far less domesticated than their canine counterparts, thanks to relaxed standards of breeding, and still interact with humans on a primal and instinctual level. By doing things like kneading you, your cat is treating you like it would treat its mother (kneading is used to force more milk out). Rubbing bodies is a primary expression of affection between cats, so when your kitty gets all slinky around your calves, he’s basically just saying, “Hey, thanks, giant hairless cat. You’re alright.” And those dead bird deliveries? It’s all about the fact that you provide your cat with a safe place to eat.

So just remember, the next time you go to feed your cat: its pretty sure you’re just a really awkward version of themselves.

(via Time, image via I’m A Kitty Cat)